Bob Barr
|
Posted: Jul 20, 2016 12:01 AM
Share   Tweet
The opinions expressed by columnists are their own and do not necessarily represent the views of Townhall.com. 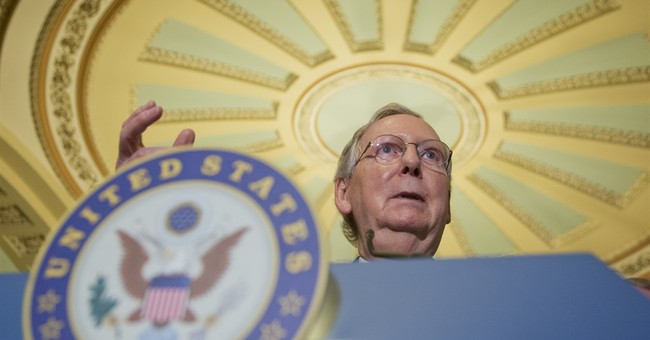 With the attention of virtually all media and political pundits centered on the major political conventions, it is important we not lose sight of the fact that many lawmakers from both parties are continuing their relentless drive to increase the power of the federal government to snoop.  Thankfully, a group of pro-freedom members of the House of Representatives are looking out for our interests.  For example, just prior to the Congress adjourning for the summer recess earlier this month, an important but little-noticed vote occurred that stopped a move to give the Feds even more power to gather private information on individuals' financial transactions.

The offending proposal was H.R. 5606, authored by Republican Rep. Robert Pittenger and Democrat Rep. Maxine Waters.  Their bill would have amended Section 314 of the USA PATRIOT Act ostensibly to “facilitate better information sharing to assist in the fight against the funding of terrorist activities, and for other purposes.”

In fact, the bill’s real purpose had nothing at all to do with actual terrorism, but everything to do with Uncle Sam's insatiable appetite for access to financial information of whatever sort on everyone.

By way of background, and as originally drafted, Section 314 of the USA PATRIOT Act was designed to help prevent money laundering and other financial backing of terror plots, by making it easier for federal law enforcement officials to investigate truly "suspicious" financial activity reported to them. Yet, like most USA PATRIOT Act powers that have been used overwhelming in non-terror related cases, the government saw a window of opportunity to expand these financial powers to encompass  other “unlawful activity.”

It is axiomatic that, freed from what the government considers the unnecessary “red tape” normally required by the 4th Amendment before its agents can access private records,  government snoops find their job of investigating alleged criminal activity far easier.  Hence, the constant effort to expand the universe of "exceptions" to the Fourth Amendment's requirements.  Thankfully, a sufficient number of House members who understand the importance of maintaining the robust protections embodied in the Fourth Amendment, were able to derail the latest effort to weaken its protections.

As Rep. Justin Amash and his colleagues in the Republican Liberty Caucus rightfully pointed out in opposing the Pittenger-Waters bill, this sidestep of due process would “permit the government to demand information on any American from any financial institution merely upon reasonable suspicion.” One need only look at law enforcement’s problematic track record with civil asset forfeiture at all all levels of government, to see where such a shortcut would end for many innocent Americans wrongfully suspected of unlawful activity. Simply trying to make transactions easier on your local bank teller could suddenly have your life savings seized by the IRS, as North Carolina convenience store owner Lyndon McLellan discovered.

Due process provided under the Fourth Amendment is a crucial component of our criminal justice system; it establishes a clearly defined process the government must obey in pursuing and investigating crimes. This vital part of our Bill of Rights makes it intentionally difficult for the government to invade an individual's privacy, by limiting law enforcement's ability to engage in investigative fishing expeditions that target innocent individuals like McLellan.

Nearly 100 years ago, political essayist H.L. Mencken commented that “the American has grown so accustomed to the denial of his constitutional rights…by swarms of spies, letter-openers, informers and agents provocateurs that that he no longer makes any serious protest.” One would have hoped that in the years since 9/11, as we’ve watched the new authorities given to the government to prevent terrorism expanded to areas far beyond their intended scope, we would have learned not to so quickly jump to give the Feds more power. Instead,  many Republicanand Democrat lawmakers seem determined to prove Mencken right, time and time again.

Fortunately, there still exist elected leaders like Amash and his colleagues in the House Liberty Caucus who remember their oath to uphold the Constitution. And, even small victories such as that last week in defeating H.R. 5606, deserve to be recognized for their importance, if not rarity.