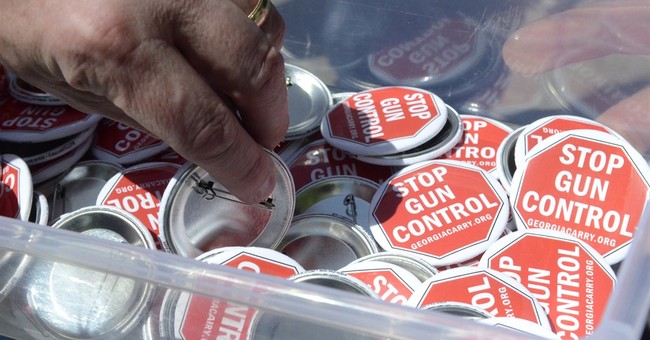 Alexander Herzen, an 18th century writer from Russia, once quipped, “There is nothing in the world more stubborn than a corpse: you can hit it, you can knock it to pieces, but you cannot convince it.” Today, such a description could apply to unconstitutional gun control laws, which received what should have been a death sentence in 2008 with the Heller decision, only to languish on despite being knocked to pieces in court in the half dozen years since that seminal decision.

In Heller, one of the most important rulings for liberty in recent American history, attorney Alan Gura successfully sued the D.C. government; in the process overturning its blatantly unconstitutional, 1970s-era ban on firearms. Heller clearly affirmed the individual right to keep and bear arms guaranteed by the Second Amendment; as contrasted to the mushy, collective right interpretation long-favored by gun-grabbers like Michael Bloomberg and Rahm Emmanuel. Gura then successfully sued the city of Chicago, which resulted in the High Court’s 2010 McDonald decision, thus extending Heller’s ruling to local governments across the country.

Following these two landmark Supreme Court rulings, other lawsuits picked apart the anti-gun apparatus in federal court. Yet, as stubborn as a corpse can be, anti-gun state and local government officials immediately began fashioning new ways to undermine the restoration of gun rights in their jurisdictions. Officials in Washington, D.C. -- ground zero for the modern day resurgence of the Second Amendment – refused to comply with the letter and intent of those Supreme Court decisions.

For example, the District forces its residents to obtain a permit to carry a firearm outside of the home; but the City steadfastly has refused to institute a process enabling citizens seeking to so defend themselves, to obtain permits. In essence, the city created a de facto ban on carrying firearms in public, all the while claiming to comply with the intent of the Heller decision. One can see why Gura has been so busy.

Fortunately, half a decade worth of post-Heller litigation paid off last week, when federal district court Judge Frederick Scullin ruled D.C.’s permitting scheme to be unconstitutional. “In light of Heller, McDonald, and their progeny,” wrote Scullin, “there is no longer any basis on which this Court can conclude that the District of Columbia's total ban on the public carrying of ready-to-use handguns outside the home is constitutional under any level of scrutiny.”

Scullin’s refreshingly clear ruling follows one in December 2012 by federal Court of Appeals Judge for the Seventh Circuit, Richard Posner. In that ruling Posner noted that “to confine the right to be armed to the home” -- as Illinois’ then-blanket ban on the private carry of firearms did -- “is to divorce the Second Amendment from the right of self-defense described in Heller and McDonald.” Posner noted pointedly that residents of Chicago, a notoriously dangerous city despite years of aggressive gun control laws, had a far greater claim to self-defense outside the home than in it.

As Scullin and Posner’s rulings suggest, it is only logical that law-abiding citizens protecting themselves from violence outside the home is a natural and logical focus of the Second Amendment, especially given the legal clarity on the issue from two recent Supreme Court battles. Unfortunately, logic is not an attribute favored by gun-control zealots such as those controlling the levers of power in the District of Columbia; which is precisely why the fight for the Second Amendment continues long after a majority of Supreme Court justices might have thought they resolved the issue in 2008 and 2010.

And, the anti-gun grandstanding in the courts is not without financial costs to taxpayers, who are forced to pay the legal fees of both parties after each government defeat. The six years D.C. officials dragged Dick Heller through the legal system, only to be told what the language of and history behind the Second Amendments clearly proclaims to the world (that “the right of the people to keep and bear [a]rms shall not be infringed”), cost taxpayers more than one million dollars in attorney fees, just for Heller’s team.

That is why some members of Congress are starting to use the power of the purse strings to rein in D.C. officials who continue to violate the clear directive of the Supreme Court. Earlier this month, for example, Rep. Thomas Massie (R-KY) successfully passed an appropriations amendment that prohibits the District of Columbia from using federal tax dollars to enforce its unconstitutional gun control laws. While the fate of such a common-sense measure remains unclear in the Senate, the fact that many Democratic incumbents facing reelection in November hail from states whose voters are strong Second Amendment supporters, raises the legislation’s odds considerably.