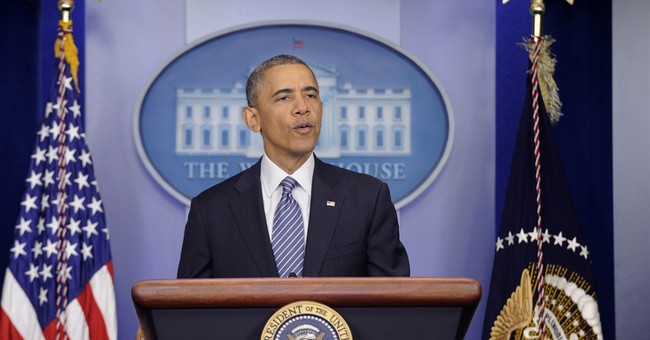 It is easy to understand the “Messiah Complex” that envelops President Barack Obama and his White House. For years, Obama has been the Great Hope of the Democratic Party and liberal elites, including the likes of the late Senator Ted Kennedy, and even terrorist/liberal intellectual leader Bill Ayers. In fact, when Kennedy endorsed Obama in 2008, he called him a “a new national leader,” who would usher-in a “new generation of leadership.” Those early liberal delusions of grandeur have given way to a sordid record of incompetence and resignations under fire.

Rather than marking a new era of leadership, Obama’s reign in the White House has been marked by a string of resignations from high profile, hand-picked administration officials adrift in a sea of scandal and corruption. Here is a look at some of those officials:

Gen. Eric Shinseki, Secretary of Veterans Affairs (Resigned, May 2014) -- When Obama took office in 2008, conditions for sick veterans at V.A. hospitals across the country already were deplorable. However, instead of fixing the problems, the always image-obsessed Obama, through the actions of his appointees, tried to fraudulently “game” the system to sweep the truly despicable conditions under the rug, literally killing America veterans as a result. Needing a fall-guy for this abject failure in leadership, V.A. Secretary Eric Shinseki was shown the door, as the scandal within the V.A. system continues to grow.

Kathleen Sebelius, Secretary of Health and Human Services (Resigned, April 2014) -- There is perhaps no better example of the tragic consequences of an incompetent, costly, and bloated federal program than Obama’s legislative “masterpiece,” known commonly as ObamaCare. Former HHS Secretary Kathleen Sebelius was tapped by Obama to oversee the law’s launch – a process that became almost comical in its level of ineptness.To make matters worse, in addition to outright lying to the American public about being able to keep current healthcare plans, evidence suggests Sebelius illegally (and on the taxpayer’s dime) made partisan remarks in her official capacity as Secretary of HHS.

Keith Alexander, Director of the NSA (Resigned, March 2014) -- Until Edward Snowden blew the lid on the insidious and blatantly illegal domestic spy program at the National Security Agency, most Americans were only vaguely aware of the work overseen by NSA Director Keith Alexander. Under the auspices of “national security,” and with the “full confidence” of Obama, Alexander helped create a vast network of unconstitutional and virtually unrestrained domestic surveillance; in which practically any digital or voice communication -- from emails to cell phone calls – can be surreptitiously swept into a massive database for inspection by governments snoops at will. Alexander offered to resign shortly after Snowden’s revelations, but according to the Huffington Post, administration officials refused to accept his offer for fear of appearing to give Snowden “a win.”

Lois Lerner, Director of the IRS Exempt Organizations (Resigned, September 2013) -- There are probably few government officials as arrogant and wholly corrupt as the IRS’ Lois Lerner, responsible for targeting Tea Party and other conservative groups by the IRS. Lerner finally resigned in September 2013, but not before drawing her full salary while spending months on paid leave as others in the Administration obfuscated her role in the scandal. Lerner’s easy escape from this gross abuse of power sends the message to other federal employees that the consequences for illegally injecting politics into their official duties can be avoided if you stay loyal to Obama, and can wait out the storm.

Janet Napolitano, Secretary of Homeland Security (Resigned, September 2013) -- Napolitano's tenure as head of the Department of Homeland Security ensured that “Big Brother” had a “Big Sis.” Reaffirming the Obama Administration’s commitment to gutting the Constitution, Napolitano oversaw a massive expansion of government authority across all federal law enforcement agencies under her purview, in addition to systematically refusing to enforce laws against illegal immigration.

Hillary Clinton, Secretary of State (Resigned, February 2013) -- Perhaps even more image-obsessed than the president himself, Clinton knew her role in covering up the attack on the American outpost in Benghazi, Libya on September 11, 2012 had the potential to torpedo her prospects for a successful 2016 presidential run. However, Clinton’s obsession with “saving face” while remaining loyal to her former boss, comes at the expense of burying the truth of the Benghazi terror attack, and in so doing, jeopardizes the future safety of all American diplomats overseas. In her final act of defiance to congressional investigators, Clinton bellowed, “What difference, at this point, does it make?” in response to uncomfortable questions about the events of that night, and the lies of the Obama administration to hide the truth. If she in fact becomes her Party’s nominee in 2016, Clinton hopefully will find out that incompetence and lying do in fact make a great deal of “difference” to voters.

Timothy Geithner, Secretary of the Treasury (Resigned, January 2013) -- If you are curious about why the U.S. economy has taken so long to recover from the recession, one major cause is former U.S. Treasury Secretary Timothy Geithner. The failed “stimulus” tricks from Obama’s economic Mad Hatter included such brilliant concepts as bailing-out failing banks (complete with taxpayer-funded bonuses to disgraced bank leaders), losing billions on auto bailouts, wasting billions more on “cash for clunkers,” fighting against extending the Bush tax cuts, and generally holding back the economy by policies wrought with cronyism and financial mismanagement. Of course, none of this is surprising given that Geithner could not even get his taxes correct before being appointed by Obama to the top Treasury post.

Eric Holder, U.S. Attorney General (Current) -- In February this year, I wrote that for the sake of our Constitution, Eric Holder must resign immediately. That sentiment has been validated time and time again over the last few months. Holder entered office with a reputation for professionalism and for avoiding partisanship in his official duties; but under Obama’s so-called “leadership,” Holder is responsible for the “slow and dubious” unraveling of the Department of Justice. There is no question that Holder’s time has come, and his resignation would be welcomed by all freedom-loving and law-abiding Americans.