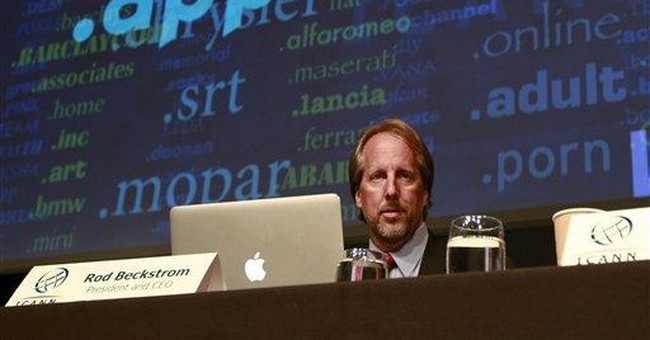 In his freedom-charting essay Common Sense, one of the most famous works of the revolutionary era, Thomas Paine describes government as a necessary evil in society. "For were the impulses of conscience clear, uniform and irresistibly obeyed, man would need no other lawgiver," wrote Paine; who concluded, "but that not being the case, he finds it necessary to surrender up a part of his property to furnish means for the protection of the rest." In other words, we all sacrifice a small amount of individual liberty in order to establish a governing body designed to protect liberty overall.

As we know all too well, it has not worked out exactly as Paine foresaw. The equation, in fact, has been turned on its head. We now have sacrificed a great deal of personal liberty to the government in the hope government will protect what tiny bit has been retained by us. The speed at which that transfer has progressed has accelerated greatly during the presidency of Barack Obama.

The most recent evidence of this is the move by Obama to surrender control of the Internet – the communications vehicle through which innovation travels in this 21st century – to bureaucrats abroad over which we have no control.

On March 14th, the National Telecommunications and Information Administration (NTIA), a component of the U.S. Commerce Department, announced a plan to begin transitioning "key Internet domain name functions to the global multistakeholder [sic] community." In doing this, the United States would surrender ultimate control of what keeps the Internet free and accessible to virtually anyone, anyplace, anytime, to an unelected, uncontrollable "global community." That "community" of wolves includes, among others, the likes of Russia, with its military already occupying a large portion of a neighboring country; Turkey, which is currently blocking its citizens from communicating on Twitter; and China, with its government-control of social media as tight as anywhere on the planet.

At the moment, America’s role in managing the Internet’s domain administration is accomplished through a nonprofit entity known as "ICANN," the acronym for the Internet Corporation for Assigned Names and Numbers, through which the Commerce Department contracts to handle these vitally important responsibilities. Because of the highly sensitive nature of ICANN’s work, the U.S. government has pledged to limit its role to oversight only. The intentional use of ICANN, a non-government organization, as a government contractor has, according to the Electronic Freedom Foundation, "always guaranteed free speech and due process, since it has been done by U.S. Government contractors who are required to follow the U.S. Constitution."

It may strike observers as a contradiction to consider the federal government as the best guardian of Internet freedom, in light of what we know now about the massive domestic and international surveillance activities being conducted by the NSA and other agencies. This is a situation, however, in which the U.S. government, even with its well-known penchant for snooping, is by far the best entity to serve as global gatekeeper to the Internet – if the goal is to maintain its universal accessibility. That goal is now in real danger as a result of Obama’s decision.

If Congress fails to step in and halt both the well-advanced erosion of Americans’ fundamental right to privacy and this ill-advised (and dangerous) move to surrender control of the Internet to other nations and international bodies such as the U.N., Internet freedom as we have come to know it, will effectively cease to exist.

Stopping Obama, however, will take a degree of citizen involvement and congressional courage not often seen in modern times.

Congress has failed repeatedly in its responsibility to rein in an Administration that repeatedly has shown its utter disdain for constitutionally-based governance. Obama’s decision to transition control of the Internet’s framework to a "global multistakeholder community," is consistent with this Administration’s track record for its own systemic abuse of internet privacy. The move also is in line with the President’s personal worldview of a global community in which our interests are protected not by our national strength, but by the collective interests of all nations.

Bureaucrats at the United Nations -- which for years have eyed control of the Internet as a way to dramatically enhance their own power and prestige – must be jumping for joy as Obama uses the power of his position as our President to facilitate this UN power grab. The rest of us -- including freedom fighters in countries around the globe – must recognize this as an unbridled assault on free speech and worldwide innovation, and fight it every way possible.