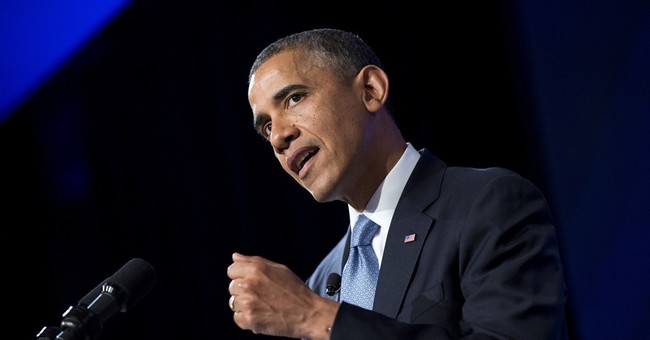 A sinking boat can be kept afloat by bailing water only so long before it inevitably sinks. Democrats in Congress are once again calling for the pails as America continues to flood with illegal immigration from leaks at the border. Rather than dealing with the source, Democrats are content to go down with the ship – pails in hand.

Estimates on the number of illegal aliens in the United States vary greatly; but none are insignificant. According to CNN, there were approximately 11.5 million illegal aliens in the United States in 2011. Yet, only 400,000 were deported the following year – a mere 3.4 percent. And, those sent back were simply replaced with hundreds of thousands more who exploited border vulnerabilities to enter the country.

Faced with this reality, the only logical approach to immigration reform is to begin fixing the problem at the source: secure the border. Democrats, however, want to start with opening the floodgates, and dealing with the economic consequences post hoc. If the ObamaCare disaster is any indication of what happens when Democrats tinker with a system they do not understand, we have ample reason to worry about this “let’s see what happens” approach to immigration reform.

Republicans respect America’s borders, and we intend to keep them. This is one reason Republican leaders in the Congress must continue to demand that any immigration reform begin with a focus on improving border security. Border security is more than a matter of keeping the immigration process well regulated and appropriately maintained. It is a matter of national security that cannot simply be glossed over. If we do not know who is coming in and going out of our country, then even the hundreds of billions Obama pumped into his domestic snooping programs will not keep Americans safe.

Only after the border is verifiably secure can we then move to find solutions for improving the immigration process in a way that strengthens American businesses by taking advantage of skilled, immigrant labor. The value of immigration cannot be understated, but it must be managed and controlled. Immigration reform also must be managed to our economic benefit. Some previously proposed legislation provides a worthwhile roadmap for this aspect of immigration reform. For example, the SAFE for America Act (H.R. 704) replaces the flawed, arbitrary Visa Lottery program that is based on chance, with a program based on workforce needs.

Congress must work hand-in-hand with the business community to ensure that “reform” does not result in higher taxes and compliance costs for small businesses, as we are seeing with ObamaCare. Additionally, Congress must take reasonable measures to ensure businesses hire only legal immigrants. However, restraint is needed when implementing some form of “E-Verify” scheme so as not to result in de facto national ID cards, and so we do not force companies, especially small, family-owned businesses, to obtain Uncle Sam’s permission before they hire every employee.

The debate about legal immigration – how to manage it and how to make it work to the benefit of workers, businesses and the country as a whole – is crucial. The Democrats’ focus on “a pathway to citizenship” is and ought to be a non-starter. Citizenship must not be the goal for individuals unlawfully here in the first place. Ironically, citizenship is not the desired goal toward which the majority of those who have unlawfully entered the country aspire. They simply want to work here. How to manage, monitor and enforce such a system, is key.

Potential immigrant registrants must submit to fingerprint and background checks to ensure no criminal record here or in their native land. Further mandatory requirements must include proper and regular registration for appropriate work permits or visas; and a mechanism to ensure periodic compliance checks. The H1-B temporary skilled worker visa numbers need to be increased; and the student visa system needs to be adjusted to retain rather than reject foreign students who comply and develop skills needed for our nation’s economic vitality.

Under this system, the most such an immigrant could achieve would be “green card” status, not citizenship. The benefit to America would be renewed respect for our borders and our legal system, far fuller knowledge of who is within our borders, dramatically enhanced job opportunities for lawful immigrant workers, and a higher and much needed degree of certainty for America’s businesses.

Liberal Democrats like President Obama and New York Sen. Chuck Schumer -- who, along with the liberal advocacy groups who support them, are the real force pushing the notion of citizenship for illegal aliens -- are highly unlikely to ever support such a pro-business, common sense approach as noted here. They much prefer the politically-motivated “Obama-Gration” to meaningful reform. That, however, just might be one of the best reasons to pressure the Congress to pass such measures.