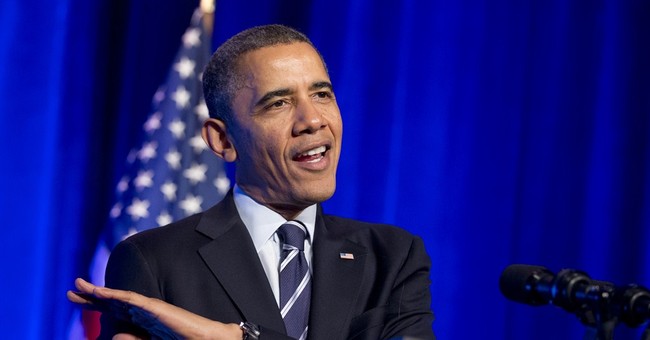 In George Orwell’s dystopian novel, “1984,” which describes life in an oppressive, virtually inescapable Surveillance State, the vocabulary of the populace is so tightly controlled and manipulated by the central government, it becomes a language unto its own: Newspeak. The purpose of Newspeak is to limit individual thought and provide the government virtually complete control over how citizens communicate. This, in turn, allows government agents to engineer whatever reality best serves the interests of the State. As a result, “truth” is whatever government wants it to be at a particular time and under specific circumstances; and the vast majority of citizens, happy in their status as cogs of the State, are none the wiser.

Many Americans like to think our “enlightened” society would never fall for such obvious trickery; unfortunately, they’d be wrong. The Obama Administration routinely employs its own campaign of Newspeak to facilitate the implementation of a deeply authoritarian political agenda designed to reduce individual liberty, while simultaneously making citizens more reliant on the State. Obama has turned the White House into a veritable Ministry of Truth, creating any reality he wishes by manipulating the Mainstream Media through intimidation, misdirection and outright lies.

“This is the most closed, control-freak administration I’ve ever covered,” New York Times Washington correspondent David Sanger told the Washington Post in a report on the state of journalism under Obama.

Sanger and other members of the national press aptly note that the Administration is creating a toxic environment for reporters – at least for those who maintain roots in old-school journalistic ethics. Regular polygraph tests of government employees intimidate whistleblowers from “leaking” information that might be harmful to the Administration’s agenda. The Administration also strictly limits press access, using super-exclusive, “off the record” briefings, and relies on “staged” photo ops to create the best public image possible.

This “control-freak” culture of Obama’s Ministry of Truth has been on full display following the launch of ObamaCare. When asked about initial enrollment numbers, Administration officials claimed such data was currently unavailable -- logically absurd in this day of instant online metrics and Big Data. Yet, by refusing to release any information to the media, officials were able to craft their own, customized narrative of ObamaCare “success,” without having to objectively prove the statements they made.

When that “truth” was no longer viable, as the true devastation of ObamaCare began to be felt by millions citizens across the country who received insurance policy cancellation notices, the Administration flipped the script again. Suddenly Obama’s (repeated) promise of, ‘If you like your plan, you can keep your plan,’ became a media misinterpretation of what Obama really meant, and the rash of cancellations was simply “transitioning” people into “better” insurance policies. In this contorted universe, ObamaCare was working as expected, and the truth was exactly as Obama stated. Up is down, left is right, and bad is good.

Did it matter that Obama knew for years that people would lose individual insurance coverage, and that he intentionally lied to the public so he could pass ObamaCare before being re-elected to office? Of course not, since that would be inconvenient for the President; so those facts were sent straight down the memory hole. Obama and his apologists simply blamed citizens for failing to understand the complexities of the new healthcare laws, and “bad apple” insurance companies for not being team players.

Those who dare speak out against such manufactured realities face a culture of mockery and intimidation that permeates every level of government. For example, Ruben Santiago, interim police chief for the City of Columbia, South Carolina, recently took to the department’s Facebook page to threaten a commenter with police action for doing nothing more than questioning his department’s focus on marijuana-related offenses. The message thus delivered was crystal clear -- question law enforcement at your own risk -- even after Santiago stated later that his comment was misunderstood (sound familiar?).

This 21st Century version of Orwell’s alternate language has found its way onto Capitol Hill; and appears to be a bi-partisan force. For example, former FBI Special Agent and current U.S. Rep. Mike Rogers (R-MI), Chair of the House Intelligence Committee, recently mocked privacy watchdogs during a hearing on NSA surveillance. Rogers declared that privacy rights “can't be violated if people are not aware their privacy is being violated.” Such a facially absurd comment encapsulates the mentality of Big Government advocates like Lindsey Graham, John McCain, Nancy Pelosi and Obama himself – public officials all -- who regularly rely on blatantly illogical arguments to justify the paranoid reality they are engineering.

In order for a democracy to function, citizen voters must be informed and educated about key public policy issues. This requires that the government provide full and accurate information -- free from political manipulation. If government is intentionally misleading the people, then the people no longer have control of their elected officials and become pawns in their political scheming.

If there was ever paradigm for how the citizens of Orwell’s “1984” could be so systematically mislead by their government -- sometimes even contradicting itself one day to the next – it is this Administration. Employing the tools of the digital age, the federal government and those who administer it, have been able to take Orwell’s fictional “Newspeak” to a very real and frightening level.