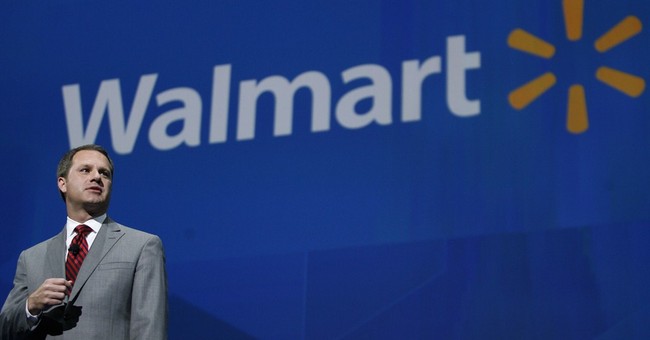 The D.C. City Council counts  former Mayor and convicted cocaine aficionado Marion Barry as one of its members.  That august body is now moving to force the nation’s largest retailer to kowtow to its ultra-liberal, anti-business philosophy.  The Council is pushing Wal-Mart to pay employees an uneconomic “living wage” as the price of doing business in the nation’s capital.

Like President Richard Nixon’s failed wage-and-price controls in the 1970s, this latest “living wage” plan will achieve neither its desired economic result nor the social policy windfall its proponents envision.  Still, Council members whose understanding of economics is as shallow as the Reflecting Pool at the Lincoln Memorial’s feet press on.

The “Large Retailer Accountability Act” (LRAA) was approved by the D.C. City Council a few weeks ago.  While it does not mention retail giant Wal-Mart by name, the company is the obvious target. According to the bill, retailers with at least $1 billion gross annual sales, and retail stores of more than 75,000 square feet, must pay employees a “living” hourly wage of $12.50 – more than 50 percent above the District’s current mandatory minimum wage of $8.25 per hour. The bill exempts existing stores more than four years old, as well as unionized retailers – exemptions that afford little cover for Wal-Mart, which is non-union and has just begun construction on three of six new stores in the D.C. area.

The bill’s high-sounding language calls the living wage requirement “a code of conduct for responsible retailers,” made necessary because “without safeguards, large retailers threaten to erode both [sic] living standards for working families in the District.” In reality, the measure is nothing more than yet another example of how local governments everywhere are moving increasingly to extort anti-market concessions from large companies as a way to raise revenue.

To its credit, Wal-Mart is refusing to play the City Council’s game; vowing to cancel all future plans for stores in the area should the measure go into effect. The huge retailer also said it might terminate the opening of the three stores currently under construction.

Wal-Mart must feel a little like the victim of a bait-and-switch scheme; after already having been suckered by the D.C. government and local "activists" into "donating" millions to local "causes," and paying large sums to local lobbyists.

Unemployment numbers in the District are significantly higher than neighboring counties in Virginia, especially among low-wage workers. Wal-Mart will take thousands of potential jobs, millions of dollars in tax revenue, and a source for inexpensive consumer goods should it pull out of D.C. Even if the company caves and agrees to pay the “living wage,” it will wind up increasing costs for local customers, who ultimately will pick up the regulation’s tab.

The LRAA is a classic example of local bureaucrats abusing their power to enact ordinances and zoning laws to manipulate the local economy for the benefit of political agendas -- not the benefit of the citizenry. It is a principle of Economics 101 that everybody loses whenever the government decides to pick market-place winners and losers. In this case, the biggest losers would not be Wal-Mart or the greedy politicians who occupy seats on the D.C. City Council, but rather jobless and low-income D.C. residents.

The collateral damage from the LRAA is already mounting. According to Victor L. Hoskins, the city’s Deputy Mayor for Planning and Economic Development, three other retailers have canceled plans to open locations in the city because of the bill. Similarly, The Washington Post reports the bill may also interrupt redevelopment plans at other locations in the city. Whereas the avowed purpose of the measure was to prompt higher wages for hourly workers, the outcome will be the opposite, with thousands of unemployed resident left with fewer options to earn any wage.

Obviously, it matters little to the D.C. government that the notion of a “living wage” is entirely subjective (why stop at $12.50 per hour?). It also fails to register with D.C. Council members that the District itself does not even pay what it calls a “living wage.” Clearly, the LRAA is simply a hammer to try to force large, successful retailers like Wal-Mart to unionize, and a way to curry favor with voters by strong-arming higher wages from retailers.

All is not yet lost.  D.C. Mayor Gray might decide to veto the bill; or Congress may assert its constitutional authority over the District of Columbia and prevent the “living wage” measure from taking effect.  Even were it to go into effect, a court challenge based on obvious “equal protection” defects in the measure would probably kill it eventually.  Until then, residents of Washington, D.C. will continue to suffer under a government clearly deficient in both economic savvy and common sense.