The World Made Simple by Supply and Demand

Bill Tatro
|
Posted: Jun 16, 2017 1:48 PM
Share   Tweet
The opinions expressed by columnists are their own and do not necessarily represent the views of Townhall.com. 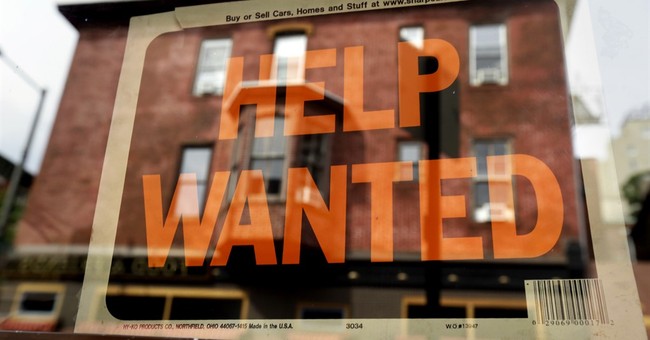 Central bankers, Presidents and Prime Ministers, Oil Sheiks and even main stream media types forget or refuse to accept, when it comes to decision making, that most basic of  economic principles, the Law of Supply and Demand. There is nothing that isn’t influenced by this simple principle. The most uneducated person has no difficulty grasping this core concept. Why then do the majority of the world’s decision makers fail to accept the reality of this most powerful principle? From college graduates and oil to immigration and debt, every consequence can be explained away by the simplicity of this age old truism.

The estimation is that this graduation season more than 2.5 million students will have received their Bachelor's and Master's degrees and will enter the workforce. Contrary to their commencement speakers charge that “they can do whatever it is they want” there is little hope that the majority will find the world of work a very welcoming place. The majority of degrees, while providing an opportunity to extend the carefree days of High School, will provide very little in the way of DEMAND for their services. It is not that occupations in Art Appreciation, Anthropology and Sociology don’t exist it is just that a help wanted sign has not appeared in several years for these and other professions. Yet every spring the SUPPLY continues to grow with no end in sight, all with the encouragement of the Federal Government, College Administrators and hopeful parents.

Regardless of whether OPEC cuts its oil production, a lot or a little, there are always other producers to step in and fill the void. Historically rogue OPEC members themselves have broken the agreements. Most recently the American shale oil industry has, with the benefit of artificially low interest rates, been the biggest opponent of the OPEC strategy. Limit SUPPLY and of course prices will surely rise. In order to be successful DEMAND must be a co-operative component. When the realization that China has stopped its insatiable consumption pattern and other growth factors are in question all “bets will be off.” Then it will be every man for himself and the world will be awash (overSUPPLYed) in the black gold.

Open borders arouse heated emotion from both the left and right. Regardless of which side of the debate you find yourself supporting a greater issue is at work here. The Law of Supply and Demand is neither left nor right, it is not emotional and it could care less about your political affiliation or your religious tolerance level. More people entering the country legally or illegally means a much longer wait in the doctor’s office. It means more students expanding an already overcrowded primary classroom. It also means the continued decline of household income as over SUPPLYed workers continue to accept lower and lower wages.

Even United States debt is not immune from this basic of all economic principles. Via QE billions of dollars and other foreign currencies have been utilized to acquire an ever shrinking SUPPLY of long term Treasuries. Regardless of a misguided Fed and ever increasing short term rates, the DEMAND for long term Treasury paper has only accelerated calling in to question the Fed’s already questionable strategy.

These four are only examples of the power of this most ageless of Economic principles, yet the colleges will continue to spew out worthless degrees, the oil industry will continue to add drilling rigs at record rates, liberals will march to accept any and all who want to come to America and the Fed will continue to raise rates when negative rates is really their “druther.”

Regardless of the subject matter most of the world’s decision makers do in fact understand this basic economic law, it’s just that they believe the basics of economics don’t apply to them and of course they are above any law. History is filled with the episodes of eventual calamity by those who have lived with this attitude. It will not be any different this time.

The power of the law of SUPPLY and DEMAND must never be disregarded or even underestimated, the consequences are always too disastrous.