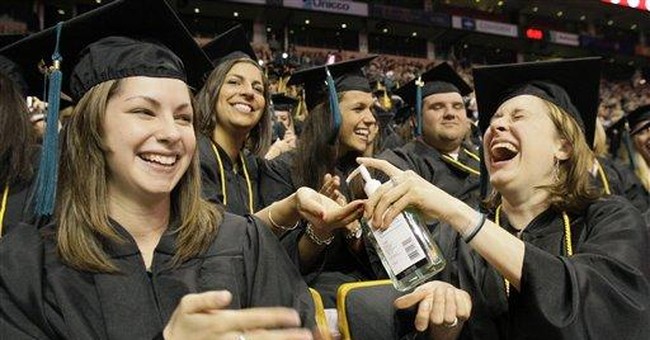 The Secretary of Education has stated that any college student being defrauded should be made whole on their long term debt. He was specifically addressing the most recent confrontation, settlement and bankruptcy of Corinthian Colleges, the poster child for “for-profit” institutions of higher learning established in 1995 by four execs who had a history in the vocational for-profit business, National Education Centers, Inc. in Irvine, California. The focus was single parents. A group, according to the California Attorney General, who perceived themselves as “isolated”, “low self-esteem”, “stuck” and “unable to see and plan well for the future”. A narrative that could well be descriptive of most teenagers today. The use of social media and daytime television shows such as Jerry Springer and Mauri Povitch turned a theoretical concept into a financial/academic juggernaut. In the past 5 years alone over 350,000 Corinthian students with a $3.5 billion in guaranteed indebtedness signed up for the typical education promise.

If the discussion was only about the law it would be a simple open and shut case. “Students have a right for debt relief if they were enrolled at the time their college closed or up to 120 days before the shutdown”.

However, what various Attorney Generals seized upon prior to bankruptcy was the “persistent pattern of unlawful conduct by overstating the percentage of those who obtained employment from its courses”.

Had the same Attorney Generals taken the time to examine some of this Country’s finest law schools they may have discovered the exact same pattern. Promises of job creation have been the mainstay of mainstream academia for years. Politicians such as Barack Obama have built a career on saying a college degree equals a successful livelihood. Little did anyone concede that a Masters Degree or a PhD be an entryway to understanding the language of Starbucks. But why muddy the waters?

Could not, however, the case be made that most every college in America is guilty of the same crime, over promise and under deliver?

(“Graduate from our institution and embark on a career pathway that leads to success, riches and eternal bliss”)

(OR NOT) They proclaim loudly.

Achieve a Bachelors, Masters, PhD or even a Law Degree and the world will open up.

Recognizing that reality sets in sooner rather than later, that not only for-profit schools but also the traditional not-for-profit schools have been conning (career promises) most students. Promises have quickly changed.

No longer is a career – great job, good job, or even a job being touted as a reason to go deep into debt. However, it would seem, encouraged by this administration and reported by The Economist that not everyone is so concerned. “US student loan debt in 2014 exceeded $1.2 trillion with more than 7 million debtors, and growing, in default.” The new and historic reason to go to school, and avoid jobless lawsuits, has shifted to the production of a better more all around person. A student who has been exposed to varying cultures, philosophies and experiences unattainable in the non-academic world.

No University or University President can now be accused of fraud if he or she successfully touts an attitude of sorority/fraternity bliss, the occasional Homecoming weekend, Friday night beer blasts and all night pizza bowl sessions. These promises can always be delivered.

Accusations of fraud melt away as academia returns to its historical routes of graduating a more “developed” person, perhaps the real definition of higher education, not a piece of false parchment paper.

As the new school year rolls around in September and fresh high school graduates prepare to enter college as the class of 2019 (more than likely 2020, 2021 or 2022) parents should look at the return on their investment and ask a simple question “Is it worth going thousands of dollars into debt so my child can have a cultural experience?”

Now that fraud has entered the equation that is all that is being promised.