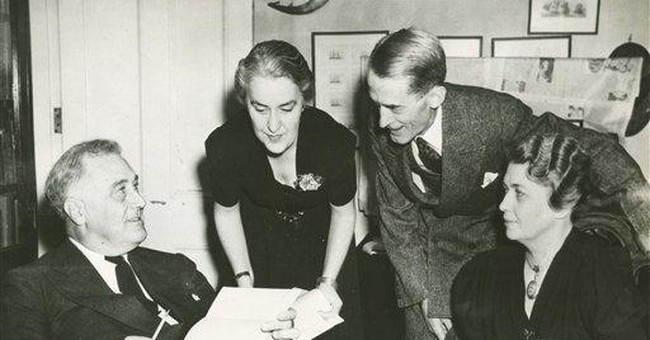 Barack Obama in his quest for the presidency and then again in his re-election followed very closely the playbook that had been originally designed by Franklin Delano Roosevelt.

The election and re-election saw blame being cast first on the Republican Party and then on the so called rich. The idea was to isolate the fewest number of wealthy voters from the rest of the so called John Q. Public to establish an us against them voter mentality and create the typical class warfare. Public works, social security, and other governmental giveaways were designed to get

President Obama, in following the FDR playbook, has used sanctions with countries like

What Mr. Obama should realize is that

President Obama, the FDR playbook may be easy to follow but the final outcome could very well be exactly the same. BEWARE