The True Apple of My Eye 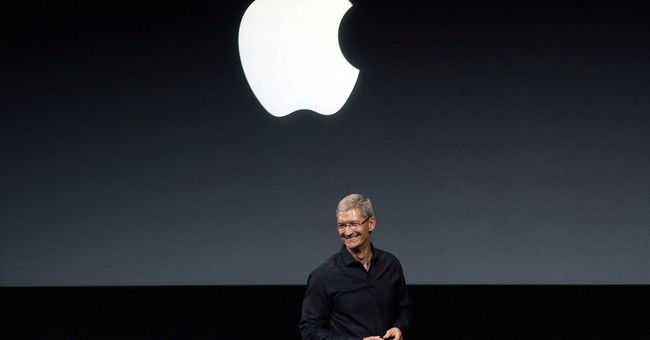 Just imagine being President Obama’s poster boy for employment and manufacturing, the benefits are aplenty. For example, you get to sit next to the First Lady at the State of the Union address (2013.) You also get mentioned at the next (2014) State of the Union address as the breakthrough company who has now decided to start manufacturing its legacy product right here in the United States. Again and again, you are touted in the mainstream media as the company. Of course, your mentor has grown to such legendary proportions since his untimely death that the great dramatic actor, Ashton Kutcher, reenacted his life on the big screen. Whenever you hint at the sale of replica #6, lines form in front of your place of business as if it were opening night at a Midwestern carnival.

Indeed, God’s in His heaven; all’s right with the world until a corporate raider decides to take a substantial position in your company and of course, as all good raiders do, he insists on a better use of that vast supply of cash that you’ve accumulated. What to do, what to do.

You ultimately decide to announce a significant stock buyback, which certainly halts the continuing decline of your share price, making the “raider” very happy. Then reality sets in for everyone.

So-called “domestic manufacturing” may add a few hundred jobs to build a product which is in the last legs of its demise, while your company has already seen to that downfall with its additional production of mundane smartphones and other mobile devices, as there are no real breakthrough products as in the past.

The defense of your stock — which has so enamored your corporate raider — has taken most of your cash, domestically that is. If you wish to continue the earnings per share game, you’ll either float new debt or bring back all that cash from offshore, which would obviously create a very significant problem for you — namely debt you don’t like and even worse, it’ll create a dreaded taxable event.

I’m not so sure that I’d be making reservations for the next State of the Union address. Yes, Tim Cook, CEO of Apple, Inc., being Obama’s poster boy certainly does have its issues when seen in the true light of day.