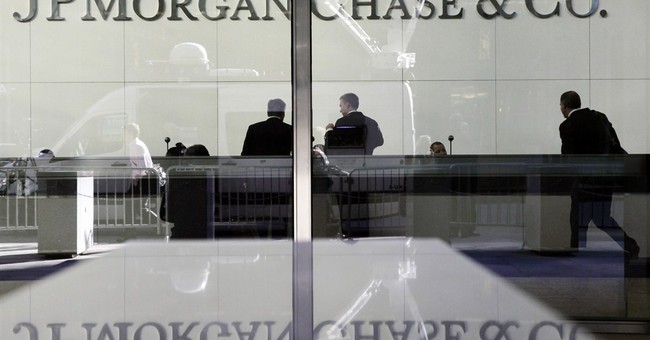 “While the impact of Glass-Steagall’s removal on the housing crisis is still being debated today, most agree it had at least some role.” — MarketWatch (8/12/13)

The abovementioned sentence appeared in an article which touched upon then-Treasury Secretary Larry Summer’s strong desire to eliminate the Glass-Steagall Act, and needless to say, sometimes I’m just utterly shocked regarding the lack of knowledge, ignorance, or just downright stupidity of my fellow journalists.  “Still being debated,” “at least some role,” are you kidding me?

During the 1920s, the bankers found that their customer’s deposits were a playground for themselves — and it’s no different today.  Prior to the advent of securitization and derivatives, the stock market, in conjunction with margin leverage, was essentially the only avenue which could be taken advantage of, and take advantage the bankers certainly did.  Unlike Frank Capra’s It’s a Wonderful Life in which the illustrious Jimmy Stewart explains that bank depositors can’t withdraw their money from the bank, “Because it’s in Joe’s house,” and “It’s in Frank’s barn,” or “It’s in Ernie’s business,” back in the 1920s, the reality was that all the money was in the stock market.  Thus, a run on a bank prior to October of 1929 was no problem.  Much like Jon Corzine’s use of MF Global client funds over the course of a weekend — with the anticipation of replacing the funds by the following Monday — if indeed there was a run on a bank in the 1920s, the bankers would just sell some market positions and subsequently pay out the proceeds to the depositors.  Yet, as banks failed in the wake of the Wall Street Crash of 1929, bank depositors suffered monumental losses.  Indisputably, the consolidation of investment and commercial banks into one entity, guaranteed by a federal rescue, was proven to be a very fertile ground for risk taking, abuse, and downright theft —thus, we experienced the passage of the Glass-Steagall Act in 1933.  Regrettably, it took over 60 years, millions of dollars spent on lobbying, and the right players to be in place in order to undo Glass-Steagall, a very important piece of legislation which should have never been undone.

When the partners at Goldman Sachs sat around their conference tables and made decisions about risk-taking after the elimination of Glass-Steagall, it was done with the knowledge that their money could be lost, and the firm destroyed — there were no bailouts.  With the Larry Summers-inspired Glass-Steagall removal, the game dramatically changed to one of gains for the firm and losses for the taxpayers.  Given that scenario, how can anyone possibly say that the elimination of Glass-Steagall only had “some role?”

Today, in addition to the stock market, banks have so many more areas in which to play in — the main reason that leverage has now grown to trillions of dollars.  Most recently, diverse personalities such as former Fed Chairman Paul Volcker and even entertainer Bette Midler have said that the “heads I win, and tails you lose” strategy is not such a good deal for the U.S. taxpayer.