How to End Drug Violence - an Interview 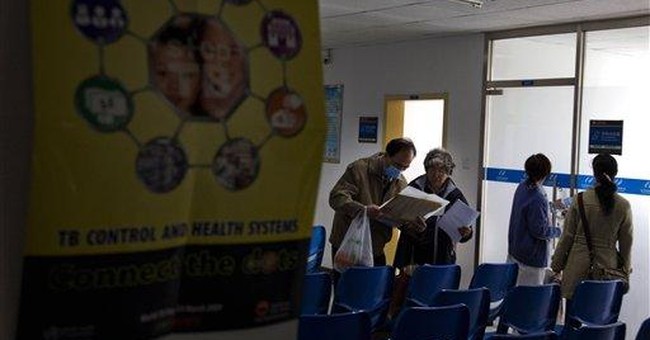 You don't have to be a Harvard economics professor like Jeffrey Miron to know that America's war on drugs has been a lost cause for decades. Now a bloody war between the Mexican government and vicious drug cartels is raging just across our southern border, killing thousands and threatening to spread into the U.S.A.

The Obama administration's response, typically and predictably, is to send more police and troops to try to protect and control the border. But as Miron recently pointed out in a piece for CNN.com, the cause of the violence in Mexico is our country's own misbegotten policy of drug prohibition, which drives the market for drugs underground and creates the same kind of violence, corruption and disrespect for the law among the populace that we saw during our failed war against alcohol.

Miron, who believes that legalizing all drugs is the best way to reduce drug violence on our borders and in our cities, was in Boston when I talked to him Monday morning.

Q: Secretary of State Hillary Clinton recently blamed our inability to prevent weapons from being smuggled across the border to arm the drug cartels in Mexico for the deaths of thousands of police officers, soldiers and civilians there. She also said it was America's "insatiable demand" for drugs that fuels the violence on the border. Should she have emphasized that "demand" part of it more?

A: Well, no. Of course at some level she's right. If there were no demand for drugs, there would be no drug market. It wouldn't matter whether we prohibited drugs; there would be no violence. But there is going to be a demand for drugs whether we like it or not, and if we drive the market underground we are going to have many more negative side-effects of that market than if we were to adopt a regime of legalization.. I think she is really missing the key way in which (the U.S. policy of drug prohibition) is responsible for the current situation.

Q: Can you give me your sound-bite synopsis of what you think America's war on drugs is?

A: I would say it is fundamentally an attempt to suppress behavior that people are afraid of, or to suppress people that a majority is afraid of, rather than being what it claims to be, which is a well-intentioned effort to keep people from harming themselves or to prevent the negative side-effects of drug use on others. There's no question that many people think that what we are doing is being benevolently paternalistic or we're trying to prevent negative spillover from drug use. But drug prohibition is not accomplishing that effectively. If that is your goal, it makes far more sense to keep it legal and directly address those side effects and have policies like moderate regulation and taxation, rather than driving the market underground, which generates all these ancillary side effects.

Q: What in a nutshell should our drug policy be?

A: In a nutshell, it should be much more like our policy for alcohol and tobacco. It should be regulated and taxed in moderate ways. Very high tax rates and very extreme regulation would drive the (drug) market back underground. But moderate taxation and moderate regulation would nudge things in the right direction. Then we could try to address some of the worst irresponsible uses of drugs without creating a black market.

Q: In U.S. cities much of the violence is centered in and around fights over drug turf. Wouldn't most of it disappear if drugs were legalized?

A: Yeah, a lot of the violence is related to the drug trade, so most of that should go away under legalization. We don't see violence being used to resolve disputes in legal industries, with rare, rare, rare exceptions. Of course some violence doesn't have anything to do with the drug trade, so I'm certainly not claiming violence would go away completely. But reasonable estimates suggest that maybe 25 to 50 percent of homicides, for example, have a pretty direct connection to attempts to resolve disputes in underground markets, especially the drug market. So you're talking about a substantial reduction in violence.

Q: America's people and politicians finally wised up and repealed alcohol prohibition. Do you think they'll do the same with drug prohibition?

A: I think they will, but I don't know how soon it's going to be.

Q: Do you see any bright spots? For, example President Obama has told the DEA to stop raiding medical marijuana facilities in California that are legal under state law.

A: There's some sort of schizophrenia in the Obama administration. They called off the marijuana raids in California, but at the same time they are talking about sending a lot more troops and resources to the Mexican border to try and close that border, which in my view is counter-productive. So it's unclear.

Q: When President Obama meets with Mexican President Calderone this month, what do you wish Obama would say to Calderone regarding this drug warfare on our border?

If there is an underground market that is left alone, it doesn't seem to generate nearly as much violence and corruption as when you try to clamp down on it. We've seen this big escalation in violence along the border in the last two years at precisely the period over which Calderone has tried to escalate the war against the drug cartels. So we hope that maybe Obama can just say "De-escalate" and we'll get fewer of these bad side-effects.