The Future of Health Care -- Interview With John Goodman 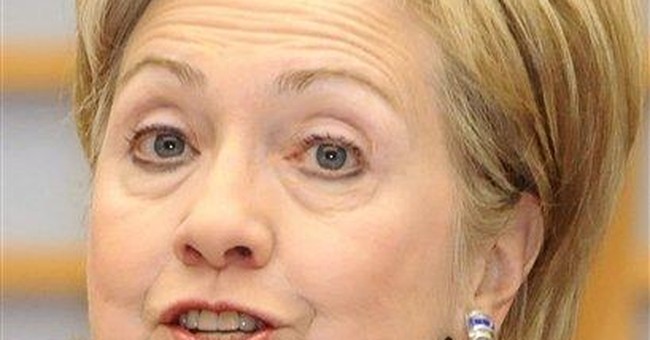 It's hard to find anyone who likes America's health care system, including John Goodman, president and founder of the National Center for Policy Analysis. But you'll never find Goodman saying that health care is better in places like Europe, where socialist governments provide "free" universal health care for everyone.

To find out what he thinks America's health care system should look like -- and why Europe's government health systems are the last things we should copy -- I called Goodman on Wednesday, Feb. 11, at his offices in Dallas:

Q: Many people -- mostly people who think health care should be provided free to everybody by the government -- point to Europe as a model. Should they?

A: The people who praise European health care say that the average country in Europe spends half as much as we do and they have very similar health outcomes. What they don't tell us is that the typical European country is disguising costs, shifting costs, to hide what it really spends. And if we look over the last 40 years at the average spending per person in real terms, the growth rate in the United States is right at the European average.

A: Well, life expectancy looks as good or better in Europe than it does in the United States. But life expectancy is primarily determined by genes and how people live their lives, not by doctors and hospitals. If you look at things that doctors can do something about, like cancer, and you ask, "What is the five-year survival rate for major forms of cancer?," we are the best in the whole world.

Q: Do you have the sense that most Americans know what Canadian or European health care systems really are like?

Q: Are they blind to the facts or what?

A: Remember, we are at sort of a stalemate. The people who would like to have national health insurance have not won. They haven't eliminated private-sector health care in this country. So we're at an impasse. I do believe we need reforms but they need to be pro-free-enterprise reforms.

Q: What is a market-driven reform you would like to see?

A: Our institute originated the idea of the health savings account. There are 12 million people now managing their own health-care dollars. That seems to be working very well and those types of plans are growing very fast. We'd like to see consumers control more dollars and we think that wherever the patient is in control of dollars the markets work better. ... When patients are managing their own dollars, they are more careful, more judicious consumers. They compare prices. That helps the employee but that also helps the employer.

Q: Is there anything in European health care systems that we can copy or at least learn from?

A: We're always looking at what is happening in other countries. There are some interesting models. I think the most interesting model outside the United States is the Swiss health care system. In Switzerland, everyone is required to have health insurance but it's mainly private insurance. It's also individually owned and portable insurance, so people can take it with them from job to job. I think in our own country we're going to have to go to a system of individually owned portable insurance because I think the employer-based system probably can't survive in its current form.

A: I think we can improve on the Swiss system but the idea of individually owned portable insurance is, I think, a characteristic of an ideal health care system.

Q: What would be the practicalities of an individually owned portable system?

A: We've actually proposed a way that at the state level we can move in that direction. We would allow the employer, instead of buying group insurance, to be able to buy individual insurance for all the employees. Then the employees could take their insurance with them when they leave and go from job to job. It has to be thought through carefully and you have to make sure that the sick people are not left out in the cold but we think all this is doable.

Q: One of the problems in Europe that most people here do not know about is that they're promising a lot more health care in the future than they are going to be able to pay for. Can you explain what the problem is over there?

A: Looking to the future, Europe is in worse shape than we are because they have promised health care to everybody; they have aging populations; they have health care costs rising at twice the rate of growth of income, just like we do; and they have put no money aside -- there is no saving, no investment for future health care spending.

Q: Their economies are sluggish at best, so are they going to suffer sooner and in worse ways than we will? We're basically doing the same thing, but at a slower rate, is that true?

A: Right. We at least are replacing our population, even though we are doing it in large part with immigrant families. But in Europe the fertility rate is very, very low. They are not replacing their populations and so the typical European country is going to see its population peak and then fall. As they move through time, the burden on taxpayers will just grow and grow. Basically, the average European country has an unfunded liability in today's dollars that's four times the size of its national economy.

Q: Obviously, something is going to have to give. What is most likely to give?

A: No. There are decisions that are being made today that are going to create extreme financial difficulties for our children and grandchildren.

Q: So you think that in the United States the nationalizers of health care have not necessarily won the day?

A: Oh, no. Oh no, no, no. Not at all. Most Americans do not like the idea of government taking over the whole health care system. They're going to try to do it by stealth. Right now all seniors are on a government plan. And by the time this new program SCHIP (State Children's Health Insurance Program) gets under way, we'll have more than half the children in a government health care plan. So gradually through time, more and more people will be enrolled in government health care.

Q: If you had a chance to sit down with President Obama and badger him about government health care policy, what would be the most important thing you'd stress to him?

A: We need to liberate the patients and the doctors because right now everybody's trapped in a very dysfunctional system. There's huge waste and inefficiency. We ought to let the market work in health care the way it works in so many areas of our economy. You do that by allowing patients to control more of the dollars and by allowing doctors to re-package, re-price their services and compete the way other professionals compete.

Q: Are not the eye-care and dental-care industries looked at as freer markets that ought to be copied?

A: "Free market" is probably not the best term. For LASIK surgery and cosmetic surgery, these are markets where there is very little third-party payment. So all the payment is by the patient and the physician is completely free to choose a price, to choose a package, and they compete in those markets the way professionals compete in other markets -- and it works! The real price of those services has gone down over the last decade. You can get a package-price in advance. You know what you are going to pay. You can compare prices. You can often compare quality as well.

Q: On your blog someone asked if 21st-century democracies are capable of creating a fiscally sound set of social welfare programs that don't cannibalize or wreck their own economies in the long run. How would you answer that?

But no country has really tackled the health care problem and set up a way that people can pre-fund the health-care expenses that they know they will have in their retirement years. We'll see if the countries can do that and still remain democracies.

Q: And are you an optimist or a pessimist about this?

A: Well, you have to be an optimist. Why would I be doing what I am doing?