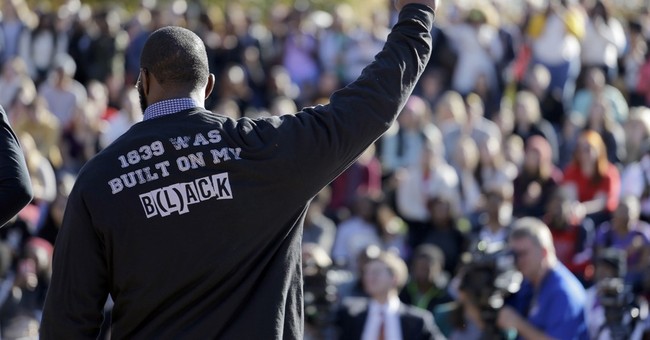 I tell you, it's great to be alive and cognizant that the greatest thing going on at the University of Missouri, large-domed citadel of learning and culture, is -- you guessed it -- football!

Truly, the U of M Tigers don't have such a tiger-ish record this season, just four wins against five losses (with four of those losses in a row). But the less-than-super-duper Tigers and their coaching staff engineered this week the resignation of the university's president, Timothy Wolfe. The guy had let down the team.

Likewise he had let down campus and state critics, including the Kansas City Star's editorial writers, who encouraged the football team in its stand against Wolfe.

How exactly had Wolfe let them down? Was it something to do with the need for higher academic standards at Mizzou? Or a stronger faculty? Or more intensive courses in different languages? No, racism was the issue. Recent incidents on campus brought things to a head. These included a truck full of white men yelling racial epithets at a black student and someone smearing human feces into the shape of a swastika inside a university building.

In protest, a black graduate student had launched a hunger strike. He wanted the administration to take decisive action. As the administration dithered (by his definition), he grew weaker and weaker. Last weekend (after the Tigers' latest defeat, 31-13, by Mississippi State) more than 30 players tweeted their demands that Wolfe quit or be fired. If not, they would refuse to play the next scheduled game, which was against Brigham Young University. That would have been the end of civilization. Head coach Gary Pinkel posted his acquiescence. "We" -- he spoke for his staff -- "are behind our players." Nothing Wolfe could say at that point was good enough. By Monday he was out. Football is king.

In a way it was the wild and woolly 1960s all over again: Students telling the authorities how things were going to be; the authorities, in response, capitulating. The racial angle certainly had a '60s scent: the recrudescence of black power in the form of non-negotiable demands. Missouri's offensive and defensive depth charts show four-fifths of the squad to be black. Such a racial edge confers heft and power.

The situation was likely fragile on account of the Ferguson, Missouri, riots. An allegation of racism goes a long way in such a charged environment. If you're part of the white "power structure," the last thing you want to see is burning buildings and police lines. Moral cowardice of the sort Missouri exhibited in not supporting Wolfe always looks, to some, like the obvious resort.

A second factor gives Missouri's disgrace a new twist -- namely, the power of sports, founded on subsidies, large ones, from television and zealous alums. The gladiators can get unpleasant when denied their way. Witness the growing number of campus-incubated demands for student-players to receive wages in recognition of their semi-pro status.

The secondary place of sports at large universities is a thing of the past. As Philip Bump wrote in the Washington Post, the Tigers' protest "threatened economic damage to the university." Had Missouri called off the game with Brigham Young, a term in its contract would have cost Missouri a $1-million fine, payable in 30 days.

Further, Bump points out, "Missouri is in the SEC Conference, which means they earn $15.6 million per year just to be seen on the SEC Network on cable." We can't jeopardize, for mere reasons of principle and integrity, a deal like that!

Against Coach Pinkle and his indignant squad, a mere university president holds playing cards with very few spots. Literature? History? Economics? What's all that against endorsements and suite boxes and the really big stuff they have at modern universities?

"O tempora o mores!" cried Cicero under similar circumstances. But perhaps I shouldn't assume anyone outside the Mizzou classics department has ever heard of that old guy.