Leave Business-Bashing to the Liberals 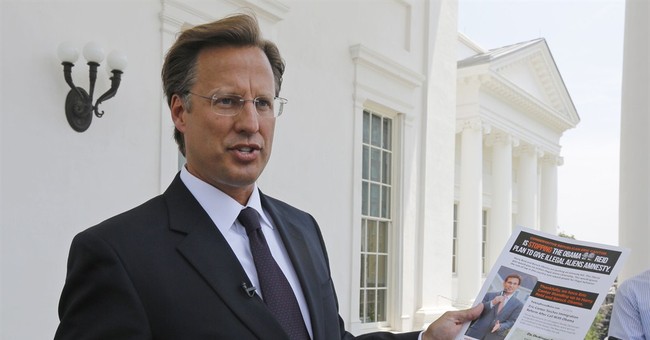 The Eric Cantor debacle in Virginia last week demanded a storyline, which was no heavy lifting. In the GOP primary a political newbie had wiped the floor with the majority leader of the U.S. House of Representatives. Bring on the analysts to find the narrative in the rebuke administered, a rather remote if hard-working political power broker linked more frequently -- here comes the dichotomy -- with Wall Street than Main Street.

Cantor, on these terms, updated Cardinal Wolsey's Shakespearean lament from "Henry VIII": "Had I but served my district with half the zeal/I served the Chamber of Commerce he would not in mine age/Have left me naked to mine enemies."

Even before David Brat had become a household word of sorts, the trope -- Wall Street versus Main Street -- was familiar from accounts of the Tea Party rebellion against a whole bunch of things. Not just presidential arrogance, not just Obamacare, not just Big Spending, but also an imputed alliance between the rich of America and the powerful of Washington, D.C. "Establishment" Republicans. The kind who like their reforms mild and their changes undercooked -- Mitt Romney, for instance -- were said to stand athwart the prospects of the middle class.

The so-called establishment's so-called attempt to roll back the Tea Party rebellion by backing responsible candidates, such as Cantor, keeps political pots stirred this year and reporters alert to renewals of a struggle they didn't know until recently was going on. The tale of "Washington cronyism," in short, has journalistic legs.

The tale is worth telling, insofar as it throws light on the involvements of Money with Power. A few points, even so, call for nuance, perspective and -- the rarest of political commodities -- common sense.

Point 1: It's the oldest story in the political books -- not just our own books but those of every nation, going back at least to the Greeks and the Romans, if not to Babylonia and Egypt. The wealthy and the up-and-coming understand government as an important source of protection; more than a handful of the wealthy understand it as a means of advancement.

Point 2: It would be stupid and destructive for Americans to get caught up in another one of the narratives about the evil rich. Not that President Barack Obama hates wealth, exactly. He has a fair amount of it himself, at least as wealth was reckoned until the rise of the billionaires. He can buy himself a lot of steak dinners and resort vacations once he leaves (O frabjous day!) the White House. Did you see where he went Friday after his non-announcement of non-action on Iraq? To California -- partly to raise political money from the rich.

What Democrats try to cover up, with hate-the-rich rhetoric, is their own -- our own -- society's dependence on the rich to create jobs and advance innovation. Where would we be without the businesses that make up the U.S. Chamber and the National Federation of Independent Business? Capitalistic endeavor underpins our economy. I implore my Tea Party friends to let the "progressives" do the anti-business work at which they're already so good.

Point 3: Favors to the seekers of favors are many and munificent in modern America -- the "crony capitalism" point -- due to the power and heft of a government we keep commissioning to do all kinds of good things for us. The bigger the government, the bigger and more numerous the favors at government's disposal. Let's blame "establishment" Republicans less harshly, for seeking favors, than American society as a whole for going along with the post-New Deal notion of government as the supplier of wants and needs that are better supplied by the private sector -- including health care.

The Wall Street/Main Street argument is too crucial to be exploited for fun by the media, least of all by the very politicians whose refusal to shed powers they shouldn't enjoy in the first place keeps the lights burning unwontedly low in 21st-century America.

That sound about right, Congressman-to-Be Brat?