The Battle of the Textbooks 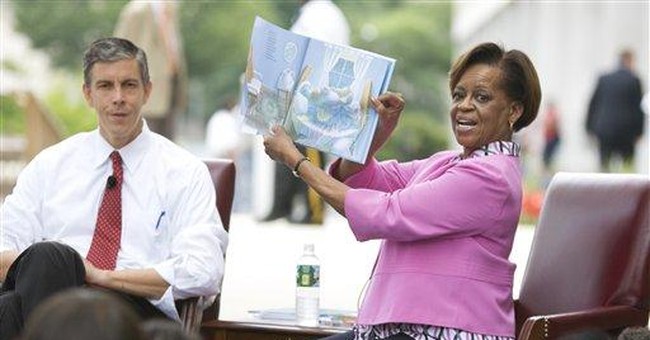 Few things in life are as clear as the futility of a real debate on the clarity of America's religious origins.

"Debate," I said? Lay a finger, unsuspectingly, on The New York Times Magazine's inspection of the attempt by so-called Christian fundamentalists to overhaul history textbooks, and you require treatment for first-degree burns.

I refer less to the article itself than to readers' sulfurous responses to the claims of Texas State Board of Education members concerning the need they see for forthright teaching of the founding fathers' Christianity. Yow-ee! "These people are dangerous." "These people are scary." "Can't we simply return Texas to the Mexicans and terminate this national embarrassment?" "Next we will be arresting 'non-Christians' and putting them in internment camps." "There seems to be an unlimited supply of lunatics in America." This, and more, from readers of our major newspaper of record.

See what I mean? Better yet, see what many Christians, not all of the "right-wing" variety, mean when they suggest the presence in the United States of growing hostility to their faith, or supernatural faith of any kind?

The magazine article in question comes down, tonally, on the side of those who reject the understanding of about half the state education board's members "that the United States was founded by devout Christians and according to biblical precepts" -- and that textbooks should reflect that understanding.

The reason this is a big deal is that Texas buys 48 million textbooks annually, which gives textbooks publishers the incentive to "tailor their products to fit the standards dictated by the Lone Star State." Jeepers, some innocent Brooklyn kid, on the instance of boot-wearing yahoos from Bushland, could actually hear in class (shudder) that our country's founders saw Christianity as more than a personal opinion. Clearly, if you read The New York Times, you're supposed to stew about such a prospect.

Jeez, guys, I consume The New York Times myself, seven days a week, and the major worry I see emerging from behind the sulfur smoke is the sanctification of religious intolerance. In the name of "tolerance." Such is the irony here. We can't talk about claims to religious Truth without reviling those who claim such a thing as religious truth exists and requires intellectual notice, if not affirmation.

Was the United States organized as a "Christian nation"? That's a claim I'm not sure you can get away with. You can say, with total accuracy, that Christianity informed and inspired the whole of the civilization to which the founders belonged. Which seems to me the claim that really is at stake here. No Texas school board member contends the founders intended to "establish" Christianity as the state religion: Merely that they accepted Christianity's assumptions, in greater (Washington) or lesser (Jefferson) degree -- viewed them as reflective of truth about human origins and destiny. From this a second contention follows: Students need reminding, in greater or lesser degree, that the founders prayed. (And, yes, they did pray!)

Why? What goes on? Chiefly, the working out of trends that set in during the early 1960s: growing secularism, growing depreciation of religion's -- any religion's -- importance in shaping motives and actions and consequences. The U.S. Supreme Court's often hostile rulings on school prayer and religious symbols in public places reflect a growing view, chiefly on the political and social left, that people who want God can look for Him in church and leave everyone else alone.

OK, interesting. Can we talk about that approach to civic life? Evidently not. As with abortion, the Supreme Court governmentalizes the discussion. A theological matter becomes, in our democracy, a power question. The State Board of Education in Texas takes up the question at precisely the level -- the political one -- to which the Supreme Court invited us all half a century ago.

My fellow New York Times readers don't appreciate my fellow Texans getting in their faces. Too bad. The secularists started this whole needless foofaraw. Let them, if they care to, pray for an end to it.