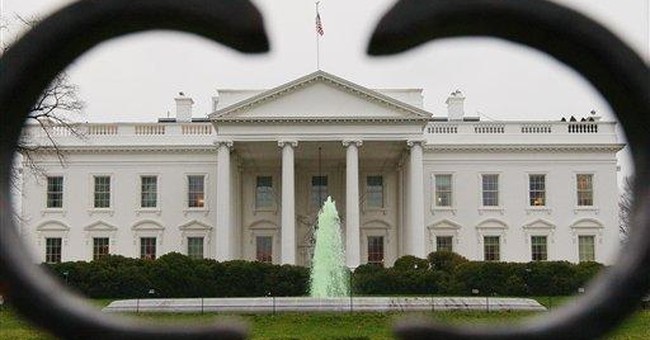 While the Washington establishment hyperventilates over those AIG bonuses, with the president taking time to flay donors and recipients; and while Congress nervously sidles up to the multi-trillion-dollar Obama budget; yes, and while the Democrats roll out a new attack strategy to cope with the Republicans' somewhat older attack strategy … hit pause.

A cloud of smoke overhangs the battlefield. A peek above the cloud would seem more than warranted. What is the meaning of all this? Any number of answers seem feasible. Here is mine:

"All this" is about reminding us what life would be like -- what, in less fortunate countries it is already about -- when government becomes the center of attention, the nexus, the Answer!!

A government easily smaller than the one the current administration idealizes can't get its act together, can't keep the windshield clear, all the instruments in working order.

Life is too big for government to oversee. Such is the message. Such is the truth, however hard it may be to glimpse at a moment like the present one. Two months into the Obama tenure, a sinking feeling is appropriate enough. Yet I feel a curious exhilaration. Knowledge expands. Governments aren't as smart as they think they are, as we're re-learning. To the extent we'd forgotten what we knew back when Ronald ("government is not the solution; government is the problem") Reagan entered the White House.

Pore over the public prints, and you're challenged to find anyone who is certain the federal government knows what it is doing at the moment. That would be because Washington clearly doesn't know what it's doing -- except to the extent it knows the necessity of reading constituent opinions and vowing to give effect to those opinions. Essentially that's what President Obama intended Monday when he promised to see about getting the AIG bonuses canceled.

Politics is about, well, politics. Too much of the time economics is, too, as when this or that set of businessmen goes after a favor, subsidy, or tax break to make wider the pathway to profit. But just because government deals with business, as it must, doesn't mean there's an argument for government domination of business, of the sort that's coming (maybe) in health care, banking and energy.

It is inarguable that businessmen don't always know what they're doing. Turning to the political process to supply that deficiency nevertheless makes no sense. What you get, much of the time, when you bring in the politicians isn't efficiency and knowledge; it's exhibitionism, power-seeking and, far too often, plain old venality.

Imagine government telling us what kind of energy we have to use and produce -- a prospect the Obamanistas have put in play. Think of health care. The New York Times tells us this week that Massachusetts, which legislated mandatory insurance coverage for all, now must figure out how to pay for this good work -- possibly by putting in place a system that tells you how much health care you really need, you greedy hypochondriac you.

The marketplace isn't all wise either, being the sum of human stupidities as well as human dreams, intuitions and skills. At least the marketplace has a different kind of election process than does politics. You vote every day when you buy something, and those from whom you choose not to buy can't do a blessed thing about it, save figure out some way to entice you.

In the marketplace is a built-in flexibility that, even when it appeals to our worst instincts (TV and McMansions, for instance) leaves the final judgment to us and not some seers and sages on the federal payroll. That includes the same seers who couldn't see our present financial plight coming, and now can't agree on the medicine to be taken, far less the diagnosis.

Politicians! You have to have 'em. You just have to watch them all the time, while working to make sure they don't go off the deep end, dragging you with them. Not even bankers are that much trouble.