Obama Ticks Off The Times 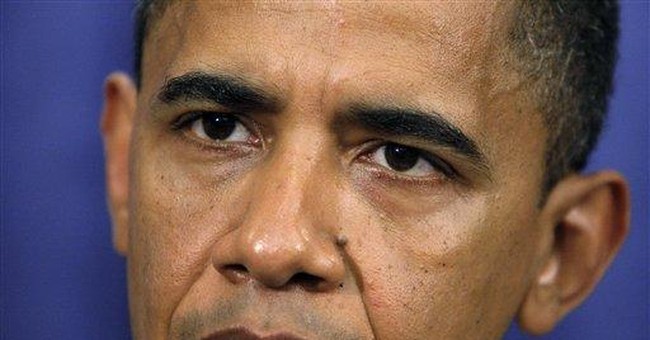 "New and Not Improved," avers everyone's favorite left-wing establishment newspaper, the New York Times, in an editorial page headline. The reference isn't to John McCain. It's to Barack Obama, whom the Times' editorial writers and columnists have been suiting up for sainthood.

What's this, then? "[T]here seems to be a new Barack Obama on the hustings," the Times notes dejectedly. First the guy "broke his promise" to stay within public financing limits during the campaign. Then he "abandoned his vow to filibuster an electronic wiretapping bill if it includes an immunity clause for telecommunications," engaging in a "classic, cynical Washington deal ... " Then he "tells evangelical Christians that he wants to expand President Bush's policy of funneling public money for social spending to religious-based organizations," in contravention of the First Amendment. Then he "endorsed the Supreme Court's decision to overturn the District of Columbia's gun control law." Then -- indeed, there's more -- he criticized the court's decision overturning the death penalty in child rape cases.

The Times' feelings, editorially speaking, are bruised. " ... Mr. Obama's shifts are striking because he was the candidate who proposed to change the face of politics, the man of passionate conviction who did not play old political games."

The displeasure of the New York Times is always a large matter, as well we peasants (and veteran Times subscribers) know. But there's a matter at hand even larger: namely, the pitfalls of political hero worship. Even a Republican with a heart of stone -- hold on, all us Republicans have hearts of stone, don't we? -- owes the presumptive Democratic presidential nominee a sympathetic twinge. He's headed prospectively for a fall, this fall and afterwards.

Barack Obama didn't find the present moment so much as the present moment found Barack Obama. It invested him with the hopes and prayers of all who 1) don't care much for George Bush, 2) positively hate and abhor George Bush, 3) yearn to affirm a politician of mixed race, 4) can't wait to end "the war," 5) desire "change" of some sort, and 6) even find Obama personally appealing.

A lot of hopes will be riding on the man if he wins in November. Generally moderate Obama voters will forgive many of the positional shifts that political leaders usually find essential if they're to work with their opponents, as opposed to smashing, then stomping, on them. As it happens, smashing and stomping is the end game for many Democrats. Witness the Times' disillusionment.

A non-player of "the old political games" can't give an inch -- not on the Times' showing. Never mind that American voters at large aren't half (thank you, Lord) as left wing as the Times' editorial writers.

The left, after disposing of John McCain and as many Republican congressmen and senators as possible, means to romp as it hasn't romped at least since the Great Society, maybe even the New Deal. It means to get out of Iraq faster than you can say "al-Qaeda" -- with none of the hesitation Obama is presently showing ignoring the on-the-ground assessments of American generals. The left aims at national health care. It has no time for evangelicals or churches. It wants activist federal judges of the sort who are loath, in terrorism cases, to balance civil liberties with some respect for national security. The left wants steeper taxes on wealth and no more offshore oil drilling.

Will all this come to pass? Maybe not, if the Democratic presidential candidate can't be trusted to build occasional coalitions near the political center, where voters honor guns and religion more than they despise waterboarding and oil companies. What we're seeing is evidence that some necessary accommodations won't be easy to bring off, because whenever they're attempted Democratic alarm bells go off and the New York Times undertakes to lecture the Senate's most liberal member: Obama.

Victims stung by the Purist Bug in politics sometimes don't understand when they're well off -- which, from John McCain's standpoint, looks right now like a rich blessing.