Betsy McCaughey
|
Posted: Feb 01, 2017 12:01 AM
Share   Tweet
The opinions expressed by columnists are their own and do not necessarily represent the views of Townhall.com. 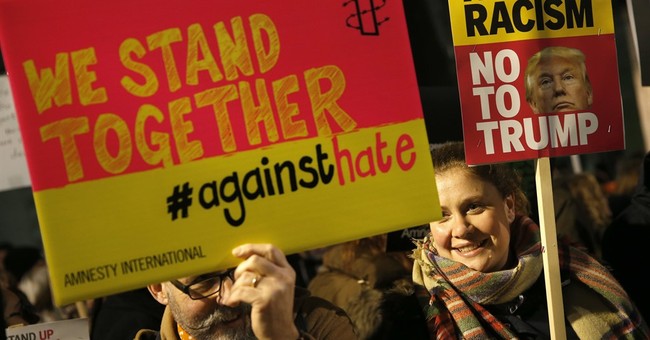 Public schools beleaguered by waves of refugees will get a breather thanks to President Trump's executive order suspending refugees from entering the U.S. for 120 days. And under Trump's new policy, when the U.S. reopens its doors to refugees, local communities will be consulted. That beats the Obama administration's dictatorial approach, which has overwhelmed many school districts.

Until now, refugee children have been placed in districts with little or no advance notice. Arriving from countries like the Congo, Myanmar, Somalia and Syria, they speak no English and bear signs of trauma from their ordeals. They need interpreters, counselors and a lot of attention. But often they're placed in the poorest school districts.

School authorities try to be welcoming, but no good deed goes unpunished. The American Civil Liberties Union is targeting these communities, claiming they're not doing enough for refugees. On top of the costs of educating the refugees, towns are now getting slapped with lawsuits and legal fees.

The Department of State decides where refugees are settled. The feds pay nonprofits such as Catholic Charities USA to rent and furnish apartments for refugees, enroll them in English classes and put their children in public schools. In New York, upstate cities like Buffalo and Syracuse are magnets for resettlement because the $900 a month housing stipend goes a lot farther in these low-income areas than in New York City or on Long Island.

Buffalo has absorbed 10,000 refugees in the last 10 years. At Lafayette High School there, 45 languages are spoken. Seventy percent of students are just learning English and nearly 40 percent missed years of schooling before arriving.

Educators report that refugee students are highly motivated. Sending them to Lafayette isn't doing them any favors. Lafayette is ranked one of the state's poorest performing schools, with only 16 percent of students graduate on time. Requiring resource-strapped schools to take in large numbers of refugee children is a raw deal for both the refugees and for local children.

Refugee youngsters would be better off settled in the well-to-do communities that are bashing Trump's refugee revamp -- liberal havens like Hollywood and the Beltway suburbs around Washington, D.C. But don't count on that happening.

These kids will continue landing in economically stressed cities like Chicago, whose schools can't afford extensive language programs, or Utica, another tapped-out city in upstate New York, where nearly 1 in 6 residents is a refugee. Schools there have been "very supportive of diversity" explains Christopher Salatino, head of Utica's Board of Education. But it's coming with a "pretty large price tag."

Depositing refugee children in a school district without bringing money is an "unfunded mandate," he adds. The State Department's "school impact grants" pale beside the actual costs. Utica has laid off large numbers of teachers and cut art, music and other extras to pay for translators and special instructors for the refugees.

Even that wasn't enough for the ACLU's New York State operation. It sued Utica -- the fifth-poorest school district in the state -- for sending older teens to a separate Newcomer Program that offered English immersion instead of traditional high school subjects. "Some students were not being successful when placed in traditional" classes because they'd been out of school so long, explained a local school official. But rather than spend money fighting, the school district settled, and got socked with $80,000 in legal fees from the civil rights group.

The same scenario played out in Lancaster, Pennsylvania. Educators initially placed newly arrived 19- and 20-year-olds refugees in a separate program to learn English before mainstreaming them at the high school. The idea was to minimize disruption. But the trigger-happy ACLU sued, insisting a separate program violated the refugees' rights. So much for common sense.

That's what's behind Trump's revamping of the refugee resettlement program -- common sense. Not heavy-handed orders from Washington and its litigation industry allies.