Betsy McCaughey
|
Posted: Dec 14, 2016 12:01 AM
Share   Tweet
The opinions expressed by columnists are their own and do not necessarily represent the views of Townhall.com. 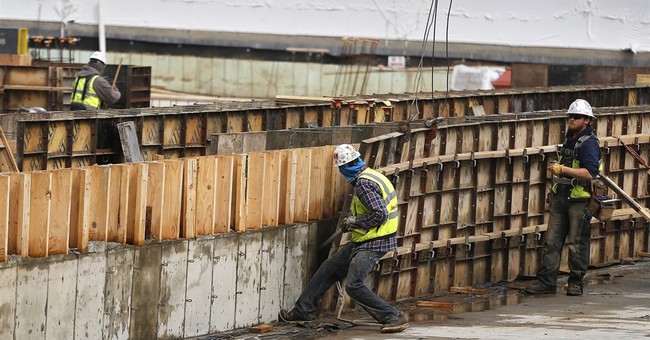 Last week, Veterans Affairs got caught covering up the quality ratings of its 146 medical centers. VA Secretary Robert McDonald insists. "No VA medical facility is bad or failing." Really? Not even a hospital that earns only one star out of five?

McDonald denies he's hiding anything. But he and other VA brass have plenty to hide.

In 2014, the nation was horrified to learn that vets were dying while waiting for medical appointments, and VA staff were concealing wait times. Now new patients are waiting even longer. Recently, a vet with heart troubles died while waiting for a cardiology appointment at the Washington, D.C. VA. Investigators concluded he would likely have survived had he been seen.

Meanwhile Democratic senators are still blocking a bill to hold VA executives accountable for these deadly failures. What's wrong with firing liars and incompetents? Democrats would rather side with the public service unions that fill their campaign coffers and turn out the vote.

Even so, the VA can be fixed. Doing right by vets was a core promise made by President-elect Donald Trump. His yet to be named VA secretary has opportunities to make improvements quickly, circumventing VA obstructionists and their Democratic enablers.

When the VA's secret five-star rating system was exposed last week in USA Today, McDonald whined the news might "dissuade veterans from coming to VA for care." You bet. Who would entrust their life to a one-star hospital?

The VA hospitals in New York and New Jersey get mostly three or four stars, but Montrose, New York, gets five stars. Other top hospitals include Boston, Cleveland, Minneapolis and West Haven, Connecticut.

The Phoenix VA, where vets died while their names languished on wait lists, was rated one star in 2014 and is still one star. No progress there, but the Obama administration is fighting to enable its director, Sharon Helman, to keep her job.

In response to the Phoenix scandal, Congress requires the VA to participate in a rating website called Hospital Compare, which also posts data on civilian hospitals. So vets could decide where to go.

But the VA is hiding its failures by refusing to post the information. VA hospitals are no longer on Hospital Compare, so vets have to fly blind.

On the other hand, the data we do have is not a pretty picture. Longer wait times for patients needing primary care, specialty care, and mental health care are hardly evidence of the "irrefutable progress" McDonald tries to brag about.

It's not a money problem. Congress appropriated a record $163 billion to the VA in 2016, more than the department requested.

The real problem is a lack of discipline at all levels. Consider the alarming increase in central line infections -- a key indicator of hospital quality. These lethal infections are totally preventable, if medical staff rigorously follow protocols. Some civilian hospitals have reduced them to zero. The VA has no excuse.

Whomever Trump appoints as VA secretary will face a hostile and legally entrenched bureaucracy determined to protect its own cushy jobs, instead of serving vets.

Even so, Trump's VA secretary can succeed. Here's one quick fix that could save many lives and cost taxpayers almost nothing. An amazing 47 percent of VA users are 65 or older and already on Medicare. They need bypass surgery, and hip and knee replacements, like other seniors. Often they use the VA to avoid Medicare's out of pocket expenses. Their average household income is $36,000. Enabling them to use Medicare without copays could cut VA waiting lists by nearly half.

That will make room for younger vets, who need specialized war-related care, where the VA excels. Fully 58 percent require mental health treatment for combat trauma and suicide risk, and 62 percent have muscular and skeletal injuries.

Trump's new secretary can't delay. Forget about more commissions or reports. Action is needed now. Thousands of vets' lives depend on it.