Ben Shapiro
|
Posted: Jan 02, 2019 12:01 AM
Share   Tweet
The opinions expressed by columnists are their own and do not necessarily represent the views of Townhall.com. 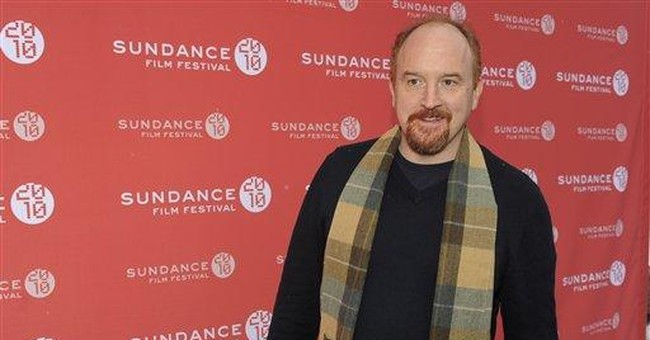 2018 was a chaotic year. It was a chaotic year for the markets, for domestic and international politics, and for social mores. 2019 promises more of the same, if the end of the prior year was any indicator. And it promises something else: the continued rise of the Wokescolds.

Wokescolds are the new representatives of moral panic. We've seen plenty of moral panic before in the United States, from worries about violent video games, to concern about allegations of sex abuse at day care facilities. But never have we seen a moral panic of the stunning breadth of today's woke moral panic. It's a moral panic that insists we change fundamental characteristics of our society, from biology, to language, to politics, to religion, to romantic relations, to art, to comedy.

We're told that if we fail to rewrite biology to suggest there are more than two sexes, or if we don't use preferred pronouns rather than biological ones, we will inevitably create emotional and mental instability among certain vulnerable groups. We're told that if we fail to silence members of groups who haven't suffered sufficiently in the United States, we will be contributing to the perpetuation of power hierarchies that target minorities. We're told that if we don't force religious people to violate their own standards in order to cater to those engaging in what they consider to be sinful activity, we will be bolstering religious oppression. We're told that the only proper type of sexual relationship is one initiated via contractual levels of affirmative consent, rather than mere affirmative body language or acquiescence. We're told that "Baby, It's Cold Outside" and "The Philadelphia Story" are deeply troubling hallmarks of our sexist past (modern rap, replete with brutal degradation of women, is just fine, in case you were wondering). And we're told that if we consider politically incorrect jokes funny, we're strengthening regressive stereotypes.

If we fail to abide by these new strictures, we will be attacked by the Wokescolds. These "woke" inquisitors have apparently mastered the ever-shifting dynamics of leftist power politics and are willing to scour everyone's online history and interpersonal relationships for signs of heresy. Once such heresy is uncovered, the Wokescolds truly go to work: They demand apologies from the supposed sinners and boycotts of those who refuse to disassociate from them. They discourage decent people from speaking up -- better to stay silent so as to avoid the wrath of the Wokescolds.

The Wokescolds deliberately pick marginal cases -- cases on which good people may be split. This allows the Wokescolds to consistently narrow the boundaries of safety for those who disagree with them.

The latest victim of the Wokescolds: Louis C.K. Now, C.K. has a reprehensible personal history; by his own admission, he used his position of fame and power to lure up-and-coming female comedians backstage, where he would then ask them to watch him touch himself. C.K. has apologized for that behavior. But now he's back on the road, and he's beginning to make jokes again.

This must not be allowed, particularly when his jokes are about such taboo topics as gender pronouns and the alleged expertise conferred by experiencing tragedy. And so C.K. has been pronounced Unwoke. See, before his #MeToo moment, he was sufficiently politically leftist to avoid the Wokescold wrath -- after all, he once called Sarah Palin a "c---." But now, C.K. must pay the price for not being sufficiently woke. Those who watch his comedy must be shamed. And we must suggest that he is no longer Funny.

Now, the difference between being funny and being Funny is that when you're funny, everyone knows it -- when you're Funny, as defined by critics, you don't have to be funny. You just have to be woke, like the awfully unfunny Hannah Gadsby. Real humor requires only satisfying the Wokescolds. We've all just been misdefining comedy for a few millennia.

If all this sounds dull, obnoxious and frustrating, that's because it is. And while the Wokescolds may win temporary victories, those victories will surely be Pyrrhic: As it turns out, we tend to like our biology, language, politics, religion, romantic relationships, art and comedy. The Wokescolds will certainly lose. But not before they destroy a lot of people and fray the social fabric nearly beyond repair.