The Death of the DOJ and the FBI

Ben Shapiro
|
Posted: Apr 11, 2018 12:01 AM
Share   Tweet
The opinions expressed by columnists are their own and do not necessarily represent the views of Townhall.com. 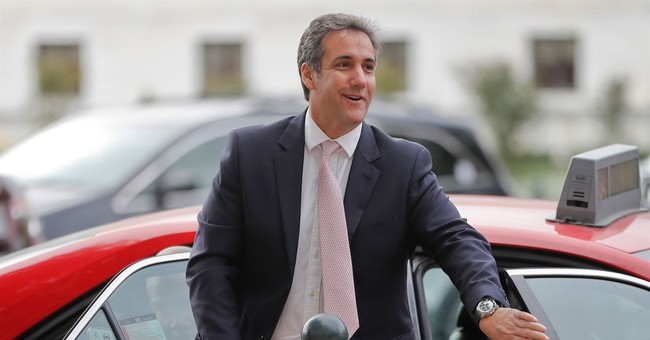 This week, the FBI raided the office, hotel room and home of President Trump's personal attorney and self-described "fixer," Michael Cohen. According to various media reports, the Department of Justice signed off on a warrant for the search; presumably, the law enforcement agency is searching for evidence regarding Cohen's $130,000 payment to pornography actress Stormy Daniels, who allegedly had a one-night stand with Trump in 2006. Cohen has openly stated that he paid Daniels to shut up about her peccadillo with Trump -- and he has said that Trump had no knowledge of the payment.

That presents a problem. If Cohen paid off Daniels without Trump's knowledge, that raises the question as to whether their agreement was binding. If not, then Trump may have been party to a violation of campaign finance law, since a $130,000 in-kind donation is well above any legal limit. And if Cohen and Trump coordinated that arrangement, none of their communications on the matter are subject to attorney-client privilege.

So, it's quite possible that the FBI and DOJ may have just ensnared Cohen and, by extension, Trump, in a serious scandal.

But this raises another question: Where the hell were the FBI and DOJ when it came to Hillary Clinton? Trump himself has been enraged by the disparity between law enforcement's treatment of Clinton and its treatment of him. He rightly points out that the FBI and DOJ worked to exonerate Clinton, with former FBI Director James Comey going so far as to change the definition of existing law to avoid recommending her indictment for mishandling classified material. And not only did then-Attorney General Loretta Lynch meet with former President Bill Clinton on a tarmac in the middle of the election cycle and the investigation of his wife; Lynch's Department of Justice allowed Cheryl Mills, Hillary Clinton's top aide, to claim attorney-client privilege. As Andrew McCarthy of National Review pointed out at the time, Mills was involved in the scrubbing of over 30,000 emails, yet the DOJ "indulged her attorney-client privilege claim, which frustrated the FBI's ability to question her on a key aspect of the investigation." Furthermore, Mills was allowed to sit in on Clinton's interview with the FBI as Clinton's lawyer.

And herein lies the problem for the DOJ and the FBI. Let's assume, for a moment, that everything they're doing now is totally honest and aboveboard -- that there's no attempt to "get" President Trump and they're just following where the evidence leads. Many conservatives will rightly point to the DOJ and FBI treatment of Hillary Clinton, and state that the agencies ought to be consistent in their application of the law and leave Trump alone. Or they'll suggest that Trump ought to turn those agencies into personal defense organizations, as former President Obama did.

Once supposedly neutral organizations are made partisan, a return to neutrality looks partisan. That means that the FBI and DOJ damn well better have gold-plated evidence against Cohen; they better not leak ancillary information damaging Trump to the press; and they better have dotted all their i's and crossed all their t's. If not, there will be hell to pay, not merely for those agencies but for a country that can no longer trust its own law enforcement agencies.