America's Left in the Grip of Insanity

Ben Shapiro
|
Posted: Jan 03, 2018 12:01 AM
Share   Tweet
The opinions expressed by columnists are their own and do not necessarily represent the views of Townhall.com. 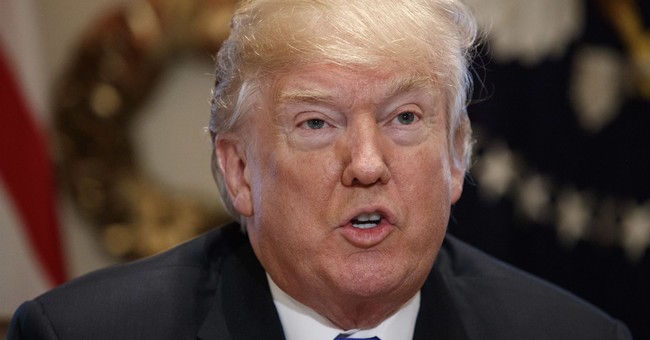 President Trump is unpopular. He's unpopular because he's boorish, crude and silly; he's unpopular because he has a unique capacity to turn winning news cycles into referenda on his use of Twitter. But the United States under President Trump hasn't seen any serious anti-liberty revanchism. In fact, under Trump, regulations have dropped precipitously; the economy continues its pattern of growth; and press freedoms have actually been strengthened. Despite popular opinion, women aren't on the verge of enslavement into Vice President Mike Pence's "Handmaid's Tale," nor are black Americans in danger of resegregation or political disenfranchisement.

Yet while Iranians protest against a regime that reportedly hangs homosexuals from cranes, members of the hard left in the United States insist that protesters against the Trump administration demonstrate bravery similar to that of Iranians risking death by an Islamist regime. Huffington Post political commentator Alex Mohajer tweeted: "The #IranianProtests, the #Resistance, and @WomensMarch are all the same. Across the world, people are fighting autocracies and oppressive regimes. @realDonaldTrump is NO DIFFERENT than the oppressive Ayatollahs in Iran." Oddly, that movement of solidarity hasn't prompted those who walked in the Women's March on Washington to say a single word in support of the Iranian protesters to this point.

This idiocy doesn't merely spring from hatred for Trump but from a deep-seated need to justify the Obama administration's feckless Iran policy. Thomas Erdbrink of The New York Times reported that violence broke out in Iran after the demonstrators ignored "pleas for calm from President Hassan Rouhani" and termed Rouhani -- a tool of the mullahs -- a "moderate." Meanwhile, one CNN anchor fretted that Trump might put a "finger on the scale" against the Iranian regime. Members of the Obama administration took to Twitter to tell Trump to be quiet (Susan Rice, former national security adviser), chide Trump for failing to take in Iranian refugees (Samantha Power, former U.N. ambassador) and suggest that American policy has nothing to do with Iran's protests (Ben Rhodes, former national security adviser and architect of the Iran nuclear deal narrative). All of these administration members did nothing as President Obama watched dissidents die in the streets in 2009, and all of them actively abetted the maximization of Iran's regional power.

Herein lies the insanity of the left. Only nutcases on the right believed that Barack Obama's governance was morally equivalent to the Iranian government. In the main, conservatives thought that Obama pursued bad policies domestically and horribly immoral foreign policies. But many on the left seem to believe that Trump is merely steps removed from the ayatollahs. The ayatollahs agree, and they use that nuttery for public-relations leverage: No wonder Ayatollah Khamenei tweeted: "The U.S. gov. commits oppression inside the U.S., too. U.S. police murder black women, men, & children for no justifiable reason, and the murderers are acquitted in U.S. courts. This is their judicial system! And they slam other countries' and our country's judicial system. #BLM."