Does Yes Ever Mean Yes?

Ben Shapiro
|
Posted: Dec 20, 2017 12:01 AM
Share   Tweet
The opinions expressed by columnists are their own and do not necessarily represent the views of Townhall.com. 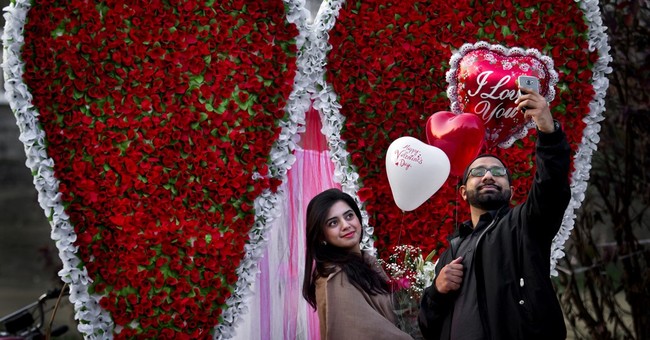 Over the weekend, Jessica Bennett, gender editor of The New York Times -- yes, that's a real title -- wrote a piece titled "When Saying 'Yes' Is Easier Than Saying 'No'." She argued that in many cases, women say yes to sex but actually don't want to do so: "Sometimes 'yes' means 'no,' simply because it is easier to go through with it than explain our way out of the situation. Sometimes 'no' means 'yes,' because you actually do  want to do it, but you know you're not supposed to lest you be labeled a slut. And if you're a man, that 'no' often means 'just try harder' -- because, you know, persuasion is part of the game." Bennett continues by arguing that consent is actually societally defined, that "our idea of what we want -- of our own desire -- is linked to what we think we're supposed to want."

But Bennett offers no clear solutions to this issue. If it's true that women say yes but mean no, are men supposed to read minds? If a woman says no but a man seduces her until she says yes, is the initial no supposed to take precedence over the final yes?

In the pages of The New Yorker, a similarly vague story went viral. Titled "Cat Person," it describes a woman named Margot who seduces a man and sends him all the signals that she wants to have sex with him but is internally divided over whether to go through with it: "she knew that her last chance of enjoying this encounter had disappeared, but that she would carry through with it until it was over." In the end, she cuts short their relationship, and he texts that she is a "Whore."

It's a painful story, to be sure. But it also raises a serious question: What exactly are men supposed to do in such scenarios? Because as a society, we're beyond suggesting that women are doing anything wrong in consenting to nonmarital sex; women are free to do what they want. But we are in the midst of a push to punish male aggressors. And if we water down consent to nothingness, how can we ever expect men to feel safe in the knowledge that a sexual encounter won't come with life-altering implications?

Perhaps the problem is expectations. All three articles articulate the complaint that women want to fulfill men's expectations. But none of them admit to another expectation, one created by the feminist movement: the expectation that women themselves must treat sex casually or fall prey to reinforcing the patriarchy. Ask a person of traditional moral standards whether the woman should have said no in all of these stories. The answer will be yes. But then that person will be regarded as a prude.

There are costs to societal expectations. Traditional mores ruled out the male expectation of sex in non-commitment scenarios. Yes, men had hopes of sex -- all men do, virtually all of the time. But men had no expectation that such hopes would be achieved absent serious commitment. Thanks to our consent-only society, however, in which sexual activity is a throwaway and any notion of cherishing it is scoffed at as patriarchal, men have developed expectations that too many women feel they must meet -- and men have taken up the feminist standard that consent is a goal to be achieved. The cost to such a system is borne almost entirely by women.

The healthiest system of sexual interaction is a system in which most women can be sure enough of themselves most of the time to feel decent after saying yes. That system no longer exists, thanks to the disconnect between commitment and sex. And the continuing disconnect between consent and expectation will continue to burden women in heavier and heavier ways.