When Does Trump Become the Establishment?

Ben Shapiro
|
Posted: Mar 29, 2017 12:01 AM
Share   Tweet
The opinions expressed by columnists are their own and do not necessarily represent the views of Townhall.com. 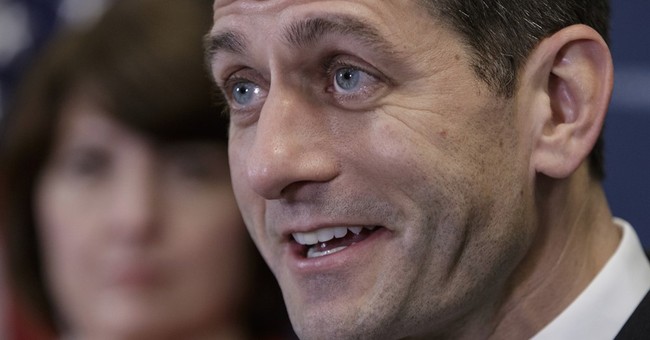 After conceding to his right flank during the election cycle that he would move to overturn President Obama's Deferred Action for Childhood Arrivals program, Bush immediately backtracks and does nothing. Attempting to fulfill a campaign promise, he then pushes a bill that would supposedly repeal and replace Obamacare, except that the bill does no such thing. Instead, it makes significant changes to Medicaid but re-enshrines the central provisions of Obamacare while also creating a new entitlement program. The bill earns the support of establishment stalwarts ranging from House Speaker Paul Ryan, R-Wis., to Senate Majority Leader Mitch McConnell, R-Ky.

Conservatives revolt. They tell Bush that they won't stand by for Obamacare 2.0 -- they promised repeal and replace, and they'll fulfill their promise. And Bush responds by issuing an ultimatum: It's either this bill or nothing. He'll let Obamacare stand.

Who thinks talk radio would be split? Who believes that Fox News' top hosts would spend the evening stumping for the bill? Who thinks that Bush would be blamed rather than Ryan or McConnell?

If the House Freedom Caucus had defeated the bill, who thinks that many of the anti-establishment conservatives would have mourned?

And if Bush and his top surrogates had then spent the weekend talking about dumping the Freedom Caucus to work with Democrats, who thinks conservatives would have resignedly nodded along?

But Bush isn't president. Donald Trump is. And because Trump played an anti-establishment figure on TV, too many conservatives assume he is one.

He isn't. President Trump is anti-establishment when it comes to persona, of course -- he thinks that every governmental Gordian knot can be cut, that he can simply bulldoze his opposition, that deals are for sissies and that tough guys finish first. But the deals he wants to cut look a lot more like former President George W. Bush's compassionate conservatism than they do like the tea party agenda.

And yet, many Americans keep treating Trump like an outsider. He isn't. He's the most powerful man on Earth, the head of the executive branch. He can't just keep yelling at Ryan and McConnell publicly while dealing with them on legislation that Jeb Bush would endorse in a heartbeat, and then rip conservatives who disagree. That doesn't make him anti-establishment. It just makes him a blowhard.