An Honest Question for All Voting Americans

Ben Shapiro
|
Posted: Oct 27, 2016 12:01 AM
Share   Tweet
The opinions expressed by columnists are their own and do not necessarily represent the views of Townhall.com. 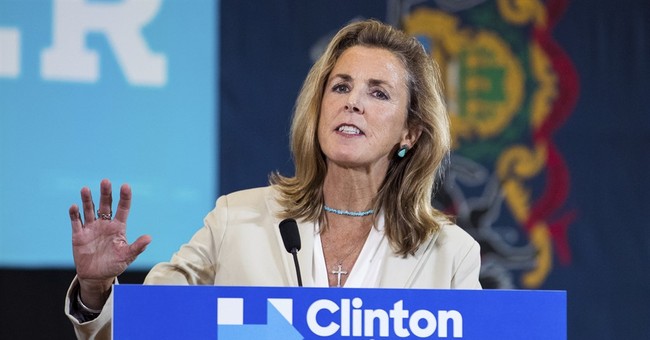 In 1996, "The Simpsons" did a "Treehouse of Horror" episode featuring Bill Clinton running against Bob Dole. Halfway through the episode, during a presidential debate, Homer Simpson reveals that both candidates are "hideous space reptiles," complete with dripping fangs, tentacles and one eye each: Kodos and Kang. The crowd screams in shock and horror. Then one of the aliens, Kodos, speaks: "It's true; we are aliens. But what are you going to do about it? It's a two-party system. You have to vote for one of us." The crowd mutters in stunned agreement. One fellow speaks up: "Well, I believe I'll vote for a third-party candidate!" "Go ahead," says Kang, "throw your vote away." Both aliens laugh hysterically as the crowd frets.

But this election does raise a serious question for people of all political affiliations: Do the political ends justify the means? Is there anyone who agrees with you on policy for whom you would not vote?

You vote for him or her anyway.

Take, as a hypothetical, a David Duke senatorial candidacy in Louisiana. A vicious racist and anti-Semite, former Ku Klux Klan head Duke is indeed running for Senate, and he's garnering some 5 percent of the vote there; he'll be included in the broadcast debate. Assume, for a moment, that Duke were the prospective 60th vote in the Senate to repeal Obamacare. Would Republicans vote for him?

Most Republicans, asked about voting for David Duke, would likely say no to his candidacy no matter the circumstances. But some wouldn't. They'd simply say that Duke on policy would be better than his Democratic opponent. Why lose a Senate seat to prove a point?

This is precisely the argument now taking place over Donald Trump on the Republican side of the aisle. No, Trump isn't David Duke, of course. But that's not the point: The argument in favor of Trump has had little to do with his qualities, and much to do with his status as the Not Hillary. That's dangerous moral territory, at best. It's basic "ends justify the means" logic. And that logic approves of any action by a candidate so long as that candidate votes the right way on an issue about which you care.

Conservatives used to mock such thinking. We used to scoff at Democrats calling Sen. Teddy Kennedy, D-Mass, a man who left a woman to drown in the back of his car, the "lion of the Senate." We used to sneer at the Democratic notion that Bill Clinton could get away with sexual assault so long as he backed abortion-on-demand.

Perhaps years of Democratic rule from the White House has forced Republicans to abandon the notion that character matters in the slightest; perhaps we've just decided to become Democrats of the right. If so, let's be honest about it. But let's also recognize where such voting logic leads: directly to the worst people in positions of the greatest power. Many Trump supporters are fond of saying that they'd back Stalin to stop Hitler. But that's not the question. The real question is whether they'd vote for Hitler to stop the Communist threat in 1933 Germany, or vote for the Communists to stop Hitler. After all, it was a binary choice.

Or perhaps it wasn't. Perhaps more people should have stood up and said "no" to the available choices.