How Donald Trump Became the Issue

Ben Shapiro
|
Posted: Oct 06, 2016 12:01 AM
Share   Tweet
The opinions expressed by columnists are their own and do not necessarily represent the views of Townhall.com. 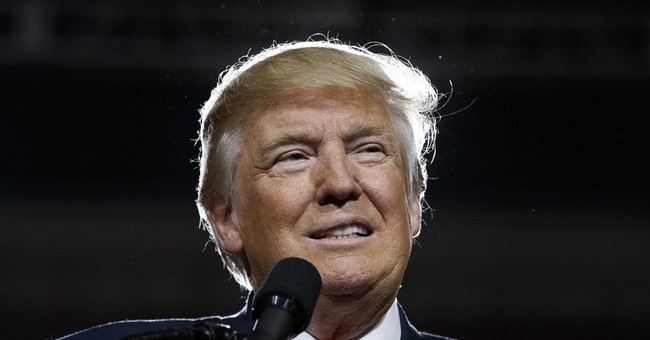 There was only one problem: Kaine spent the entire evening hitting Donald Trump, and Pence spent the night attempting to treat Trump as though he was the child on the milk carton. Kaine slammed Trump's imbecilic comments over the course of the campaign, from Mexican judges to Miss Universe; Pence slapped back weakly with Clinton's "deplorables" comment, then registered for the Federal Witness Protection Program.

No wonder Trump was reportedly fighting mad at his running mate, according to CNN's John King. Pence didn't defend him. He spent the night trying to fight Clinton instead.

Going into the 2012 election, Republicans were looking for a candidate who could do one thing, and one thing well: place a glaring spotlight on Clinton, and leave it there. Clinton is one of the least popular major party candidates in American history. She had trouble escaping a brutal primary season with a near-octogenarian nutcase Vermont senator with no history of accomplishment other than being from the same state that produced Ben and Jerry's ice cream. And she has been facing down a federal investigation for setting up a private server in order to destroy or hide classified information.

So naturally, Republicans nominated the one man capable of drawing headlines to himself: Trump.

And he hasn't failed.

After the Democratic National Convention, he stepped directly into the media-set bear trap of the gold star Khan family. Then, in an attempt to correct course, he rightly went quiet for weeks, sticking to the teleprompter and avoiding the media.

But during the first presidential debate, Trump couldn't stop being Trump. Taunted by Clinton into defending himself over everything from IRS records to his position on the Iraq War to the aforementioned Miss Universe comment, Trump melted down. And he spent the next week melting down, allowing the media to direct all of its fire against him instead of the FBI's rigged investigation of Clinton, the continuing collapse of Clinton's Syria policy and the implosion of Obamacare. He jabbered about her cheating on Bill Clinton. And blabbed about Miss Universe's weight again and again.

Pence tried his best to put the genie back in the bottle during the vice presidential debate. VP debates simply don't have that kind of weight. But Pence may have given Trump a chance -- one last chance -- to reset.

And so, the question, as always, returns to Trump. Can he control himself? The Trump campaign now says that Trump will hit Clinton over her intimidation of her husband's alleged rape and sexual harassment victims. But can Trump attack in methodical fashion, or will he lose his mind when Clinton jabs him? Can Trump even stand a week of decent coverage of his running mate, whom the media will rightly characterize as a candidate focused on the 2020 or 2024 elections?

The smart money's on Trump failing. But Trump has beaten the house before. The problem is that he'll have to beat the house by folding a bad hand rather than going all in. And that's never been his strength.