Trump Isn't an Easy Decision, and Nobody Should Pretend He Is

Ben Shapiro
|
Posted: Aug 17, 2016 12:01 AM
Share   Tweet
The opinions expressed by columnists are their own and do not necessarily represent the views of Townhall.com. 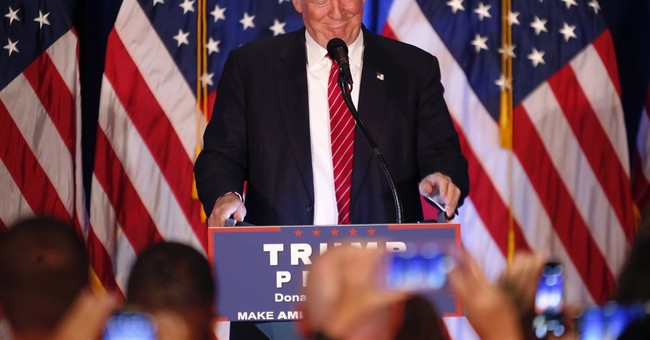 Trending
Serious acrimony has now broken out among conservatives regarding whether to vote for Donald Trump.

As I've made clear, as of now I have no intention to vote for Trump. He's personally unpalatable, of course -- a serial adulterer who brags about sleeping with married women and says doesn't repent, an extreme narcissist with delusions of grandeur. He's not conservative. He thinks Planned Parenthood does wonderful work, he has no coherent foreign policy, he wants to leave entitlement programs in place, he supports tariffs and government subsidies, he doesn't care if Republicans lose the Senate and he has nothing to say about religious freedom for business owners, among a myriad of other policy shortcomings. He's volatile and nasty. He has mocked prisoners of war and a disabled journalist, compared his own sacrifices to those of Gold Star families and gone soft on the Ku Klux Klan. He lies constantly, about nearly everything.

Just as importantly, Trump is doing serious brand damage to conservatism. He's poisoning the well with female voters, minorities and young people. Many ardent conservatives have been co-opted into lying for him and perverting their own conservatism in order to stop Hillary Clinton. If Trump wins, he'll turn conservatism into Trumpism; if he loses and conservatives go along for the ride, he'll have sunk conservatism for an entire generation of voters.

Not supporting Trump is a perfectly defensible position, but it's a tough call.

On the other hand, I fully understand and sympathize with the position of those who say they must hold their nose and vote for Trump in order to stop Clinton. She'll be a full-scale disaster. She'll appoint a fifth Supreme Court justice to gut the First and Second Amendments. She'll cripple our military. She'll cram down tax increases and use the regulatory infrastructure to snap the knees of American industry.

Choosing Trump over Clinton is a perfectly defensible position, but it's a tough call.

Each morning these days, I ask myself the same question: Which is more costly to America, a possible loss of conservatism to Trumpist, nationalist populism and all its attendant lying, which could forever prevent the resurrection of constitutional Republicanism, or another four years of Hillary Clinton's radical destruction, which could deal the deathblow to American freedoms?

Nobody knows the answer to the hypothetical I pose to myself each morning, because nobody has a crystal ball. But one thing is certain: If we don't recognize that the choice is tough -- thanks to Trump's utterly incomprehensible foolishness and vitriol and Clinton's radical leftist corruption -- we're not taking the question seriously. More importantly, we're destined to go to war with our own ideological allies after the election is over. And there's no need for that war. Our war should be on behalf of conservatism. Trump has divided conservatives on the proper tactics. But once Nov. 9 hits, we're all on the same page again: We must either stop leftist policies from President Trump or President Clinton. And we'll need to be allies.

The first step should be recognizing the good will of those who fight alongside us, even if we don't make the same risk calculations with regard to a conservative future.