Donald Trump and the Cult of Personality

Ben Shapiro
|
Posted: Jan 20, 2016 12:01 AM
Share   Tweet
The opinions expressed by columnists are their own and do not necessarily represent the views of Townhall.com. 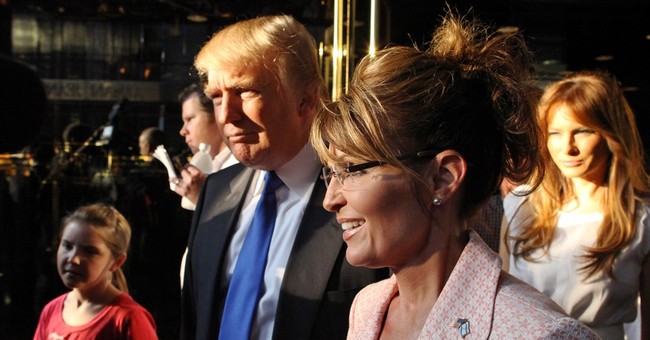 We assume that fame inoculates our politicians for the same reason we check Yelp reviews: If there are tons of people who recommend a restaurant, they can't all have been bribed. If tons of people like and support a politician, then, he or she must be worthwhile.

But this logic doesn't always work. If several people stand on a street corner and simultaneously look up in the air for no reason, passersby will begin staring up into the air, looking for the rationale behind the mass gaze. Our human desire for informational shortcuts -- our willingness to take another's word for it -- means that we end up looking like idiots when someone points out there's nothing up there.

Our media-reinforcing cycle of fame is more like a street corner of skyward-looking nincompoops than an aggregation of Yelp reviews. Our elites tell us that we ought to look at a given candidate in a given way; we then react to those elites by following their spotlight. Donald Trump has received nearly half of all media coverage in the Republican race since he announced his campaign. That means that a lot of people are willing to overlook his flubs and his foibles -- he's a known face, and that fame protects him from comments that would hurt any other candidate.

The problem here isn't Trump. It's our entire culture of politics. Barack Obama has made ubiquity an art form -- it's hard to imagine that someone who appears regularly with YouTube stars to talk about tampon taxes could actually be malignant. Joe Biden appears on "Parks and Recreation." Hillary Clinton dances with Ellen and makes awful jokes on "Saturday Night Live." Our politicians know that exposure makes us comfortable with them.

In truth, we should never be comfortable with our politicians. We should never trust them. Star worship of Ronald Reagan on the right leads establishment Republicans to idolize even his worst failures, like amnesty; star worship of Bill Clinton on the left leads Democrats to pooh-pooh his brutal treatment of women, and his wife's enabling of that behavior. Our celebrities have become royals, and our politicians have become celebrities.

That means we crown ourselves a king or queen every four years. And America needs no kings and queens. We need unimportant, decent people who focus on how to make themselves unimportant in our lives.

But that's not what we get. Instead, we get glitz and glamour, fun and frolicking with the people who control our freedoms. That's dangerous. We are dangerous, not Trump or even Obama or Hillary Clinton. Until we check our own impulse to blindly follow our celebrity political class, we shouldn't be surprised when our celebrities become politicians and our politicians become tyrants.