Why Republicans Don't Get It 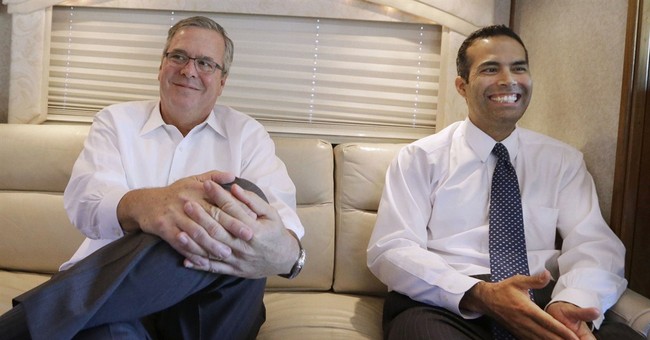 The Republican Party simply doesn't get it.

A new poll this week shows 2012 presidential nominee and 2008 primary candidate Mitt Romney leading the field of potential 2016 Republican candidates. According to ABC News/Washington Post, 21 percent of Republican voters would vote for Romney in the primaries; Jeb Bush and Mike Huckabee tie at 10 percent, followed by Rand Paul, Chris Christie and Paul Ryan. Altogether, some 44 percent of Republican primary voters want an "establishment" candidate -- by which we mean a candidate for whom social issues are secondary, immigration reform is primary and economics dominates.

The establishment donors on the coasts see this poll and believe that a consolidated funding effort mobilized behind the Chosen One (Romney, Bush, Christie or Ryan) could avoid a messy primary and keep the powder dry for a 2016 showdown with Hillary.

The conservative base knows this, and they groan.

That's because the conservative base understands that what motivates them is not the marginal tax rate -- nobody in the country knows, offhand, his or her effective tax rate -- but values. And none of the top priorities for Republican donors match the fire-in-the-belly issues that motivate the folks who knock on doors, phone bank and provide the under-$50 donations that could power a Republican to victory.

The divide between the establishment and the base represents a divide between the wallet and the working man, the penthouse and the pews, the Ivy Leagues and the homeschools. Which is why Republican leadership quietly assures its top donors that should Republicans win the Senate, their first legislative push will encompass corporate tax reform and immigration reform. They will not push primarily for border security, or for protection of religious freedom, or for repeal of Common Core. They will not use their opportunity to govern as an opportunity to draw contrast between conservatism and leftism. Instead, they will seek "common ground" in a vain attempt to show the American people that efficiency deserves re-election.

And the American people will go to sleep, conservatives will vomit in their mouths, and leftists will demonize Republicans all the same.

Conservatives understand that politics simply reflect underlying values. That's why they are passionate. They don't vote their pocketbooks. They vote their guts, and their guts tell them that leftism is immoral on the most basic level.

Republicans, on the other hand, believe that politics are just business by other means. That means that Republicans think Americans, left and right, share the same underlying values. That's a lie, and it's a self-defeating lie at that.

Until Republicans begin to appreciate the moral conflict between right and left, they will dishearten the right and provide easy targets for the left. The nominee won't matter; elections won't matter. And the alienation of the American conservative will deepen and broaden, until, one day, it bursts forth with a renewed fire that consumes the Republican Party whole.