Why Conservatives Win Elections and Lose the War 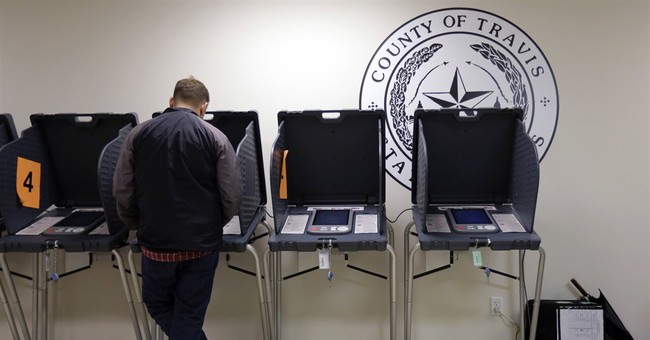 On April 1, 2014, President Barack Obama triumphantly announced that 7.1 million Americans had selected a health insurance plan through Obamacare. In doing so, he nastily labeled his political opposition uncaring and unfeeling. "Why are folks working so hard for people not to have health insurance?" Obama asked. "Why are they so mad about the idea of people having health insurance?"

That night, Comedy Central's Stephen Colbert sat behind his desk at "The Colbert Report," playing his version of a conservative: vicious, mean and cruel. "I wish I could come to you with some good news, but the worst imaginable thing has happened: Millions of Americans are going to get health care."

This is why conservatives lose. They lose because while they proclaim that Obama's signature legislation fails on the merits, raising costs and lowering access to vital services, the left surges forth with a different message: Conservatives are rotten to the core.

This message doesn't just emanate from politicians in Washington. Entertainers like Colbert parrot back White House talking points in the guise of mockery. For many young people who get their news from Colbert, the only conservatism they see comes out of the mouth of a hard-core leftist playing a conservative who doesn't exist. There is no conservative sitting up nights wondering how to deprive Americans of health insurance. But many young people don't know that. They simply assume that the person Colbert is parodying must exist -- otherwise, his satire isn't satire at all, but a political smear job, an ugly and stereotypical blackfacing of conservatives.

For Colbert, to be funny, one of two alternatives must be true: Either his repulsive character must be based on a core reality -- conservatives are evil -- or his audience must believe in that core unreality. With the help of Obama and an entertainment industry dedicated full time to the defacing of conservatives' character, the latter has certainly become the case. Too many Americans now perceive conservatives as morally deficient. All it has cost is hundreds of millions of dollars and several decades of consistent attacks springing from Hollywood and the political world.

That's why so many Americans now seem comfortable giving the government power to violate freedom of conscience for conservatives: Evil people don't deserve freedom and therefore, can be deprived of it. People who consider themselves civil libertarians suddenly find their inner totalitarian when it comes to Christian-owned bakeries. That can only happen when those people become convinced that Christian-owned bakeries are fronts of hatred and darkness. And that can only happen when they are falsely maligned as such, over and over again.

Conservatives can win short-term political fights and lose the war for hearts and minds. And that's precisely what has happened, thanks to the lack of moral clarity on the right. It's not enough to be good on policy. Americans must think of you as good. By neglecting that deeper battle, conservatives sow the seeds of their own destruction -- and the destruction of American freedoms, as well.