Why Socialism Is on the Rise 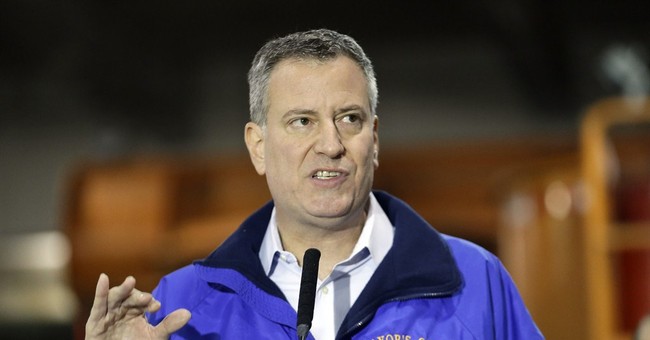 It took capitalism half a century to come back from the Great Depression. It's taken socialism half that time to come back from the collapse of the Soviet Union. In New York City, avowed socialist Mayor Bill de Blasio has declared that his goal is to take "dead aim at the Tale of Two Cities" -- the gap between rich and poor. In Seattle, newly elected socialist city Councilmember Kshama Sawant addressed supporters, explaining, "I wear the badge of socialist with honor." To great acclaim from the left, columnist Jesse Myerson of Rolling Stone put out a column telling millennials that they ought to fight for government-guaranteed employment, a universal basic income, collectivization of private property, nationalization of private assets and public banks.

The newly flowering buds of Marxism no longer reside on the fringes. Not when the president of the United States has declared fighting income inequality his chief task as commander in chief. Not when Senate Majority Leader Harry Reid, D-Nev., has said that America faces "no greater challenge" than income disparity. Not when MSNBC, The New York Times and the amalgamated pro-Obama media outlets have all declared their mission for 2014 a campaign against rich people.

Less than 20 years ago, former President Bill Clinton, facing reelection, declared "the era of big government" over. By 2011, Clinton reversed himself, declaring that it was government's role to "give people the tools and create the conditions to make the most of our lives."

Capitalism failed to make a case for itself. Back in 1998, shortly after the world seemed to reach a consensus on the ineffectiveness of socialist schemes, economists Daniel Yergin and Joseph Stanislaw wrote that the free market required something beyond mere success: It required "legitimacy." But, said Yergin and Stanislaw, "a system that takes the pursuit of self-interest and profit as its guiding light does not necessarily satisfy the yearning in the human soul for belief and some higher meaning beyond materialism." In other words, they wrote, while Spanish communists would die with the word "Stalin" on their lips, "few people would die with the words 'free markets' on their lips."

The failure to make a moral case for capitalism has doomed capitalism to the status of a perennial backup plan. When people are desperate or wealthy, they turn to socialism; only when they have no other alternative do they embrace the free market. After all, lies about guaranteed security are far more seductive than lectures about personal responsibility.

So what is the moral case for capitalism? It lies in recognition that socialism isn't a great idea gone wrong -- it's an evil philosophy in action. It isn't driven by altruism; it's driven by greed and jealousy. Socialism states that you owe me something simply because I exist. Capitalism, by contrast, results in a sort of reality-forced altruism: I may not want to help you, I may dislike you, but if I don't give you a product or service you want, I will starve. Voluntary exchange is more moral than forced redistribution. Socialism violates at least three of the Ten Commandments: It turns government into God, it legalizes thievery and it elevates covetousness. Discussions of income inequality, after all, aren't about prosperity but about petty spite. Why should you care how much money I make, so long as you are happy?

Conservatives talk results when discussing the shortcomings of socialism. They're right: Socialism is ineffective, destructive and stunting to the human spirit. But they're wrong to abandon the field of morality when discussing the contrast between freedom and control. And it's this abandonment -- this perverse laziness -- that has led to socialism's comeback, even though within living memory, we have seen continental economies collapse and millions slaughtered in the name of this false god.