It's Over -- The Fat Lady has Sung 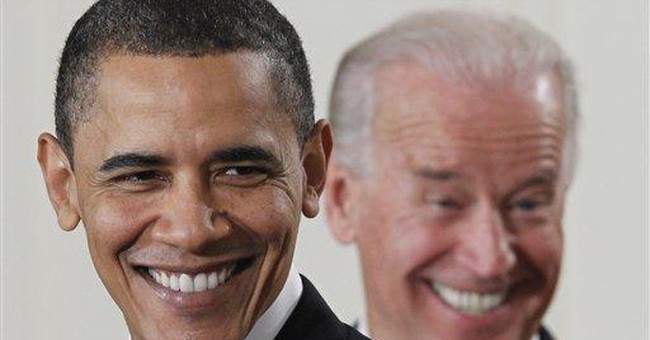 Meet Donna Simpson, of Old Bridge, N.J. Donna is a 42-year-old, presumably unemployed single mother with specific medical issues related to obesity. It is unclear whether she has health insurance. Barack Obama, Joe Biden, Nancy Pelosi and Harry Reid probably think of Donna Simpson as a victim of the American health insurance system, which didn't provide her automatic coverage -- and if it did provide her coverage, that coverage was probably increasingly expensive.

There's a reason that Obama, Biden, Pelosi and Reid don't use Simpson as one of their typical sob stories: Simpson weighs 604 pounds, and she's trying to work her way up to 1,000 pounds so that she can make the "Guinness Book of World Records." "This is a fantasy of mine," Simpson told the New York Post. According to the Post, Simpson would love to hit 1,000 pounds by 2012, consuming a diet of 12,000 calories per day.

"My favorite food is sushi," she told the UK's Daily Mail, "but unlike others I can sit and eat 70 big pieces of sushi in one go. I do love cakes and sweet things, doughnuts are my favorite."

How does she pay $750 per week for her food? She has a website where people can donate money to watch the hog feed herself. "I love eating and people love watching me eat. It makes people happy, and I'm not harming anyone."

If this sounds like a bad idea, that's because it is. It's a horrible, terrible, anti-American idea. And it stems from the similarly awful idea that health care is a right. Once health care is defined as an individual right, society suddenly has an obligation to provide it. And society is made up of other individuals, who will have to come out of pocket to pay for the irresponsible.

Having the opportunity to control your health (and your health care) is a right, however. Or at least, it was a right. Over the past few decades, health care in this country has moved from a patient-centric system to a government and insurance company-centric system. That's due solely to government regulation -- when medical care isn't regulated, the price drops and the quality increases (just look at Lasik surgery, which generally isn't covered by government programs or by health insurance programs). Free markets ensure rights, because rights are all about choice.

But the left doesn't believe in true rights or true choice. True rights come with the responsibility to live with the consequences of your choices. The right to control your health comes with the responsibility to live with your choices. Donna Simpson has every right to turn herself into a human hippopotamus, but that action has certain consequences -- namely, that she will pay for her own medical care.

The minute those consequences disappear, the right itself disappears, because rights without responsibilities are utterly unsustainable. It is only a matter of time before the government forces those like Donna Simpson to go on a Federal Diet Plan in order to "bend the cost curve," forcing the rest of us to get on the Government Health Control bandwagon. The left burned down the village in order to save it; they destroyed our control of our own health in order to guarantee health coverage for everyone. Our dearest freedom is now in the hands of the collective -- all to save Donna Simpson.