Vanessa Williams: Looking a White Gift House in the Mouth 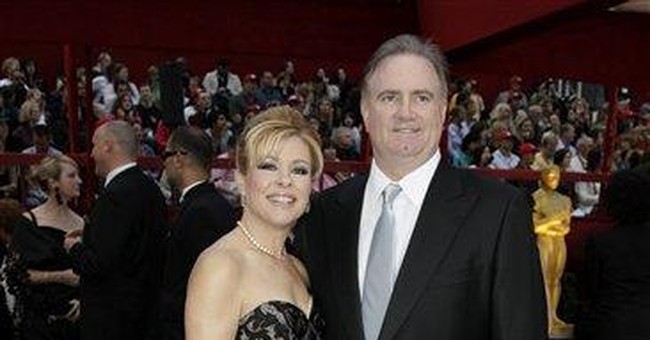 On Sunday night, Sandra Bullock won Best Actress at the 82nd Academy Awards for her portrayal of gun-toting Republican Leigh Anne Tuohy in "The Blind Side." "The Blind Side" is essentially a high-class, made-for-TV movie based on the true story of the Touhy family's adoption of impoverished and abandoned black teenager Michael Oher, who would go on to play as an offensive lineman in the NFL. The movie is heartwarming, and Bullock is excellent in the part. She clearly deserved her Oscar.

Leave it to the gals on "The View" to tear apart this heartwarming story. Vanessa Williams, sitting in for Whoopi Goldberg, trashed the film, even though she'd never seen it. Williams said: "It brings up a theme for black folks of 'OK, here's another white family that has saved the day.' Another black story that has to have a white person come in and lift them up. And I'm not saying it's not true and it didn't happen, it's one of those 'do I really want to save the same theme again?'" Joy Behar, the ugly liberal harridan who thinks genital jokes demonstrate extraordinary wit, quickly sided with Williams.

Somehow liberals get away with detritus like this on a regular basis. If someone voiced moral doubt about a movie depicting a black family adopting a white child, they'd be raked over the coals -- and rightfully so. Transracial adoption should be seen as the greatest hallmark of the tremendous racial acceptance that now dominates our culture. But extreme liberals -- and black extreme liberals in particular -- can get away with bashing transracial adoption because they rely on the lexicon of political correctness, which suggests that "cultural autonomy" is threatened by such adoptions.

In 1972, for example, the National Association of Black Social Workers stated that white families adopting black kids amounted to "cultural genocide." They have now removed that phrase from their critique of transracial adoption, but they maintain the position that such adoptions should be discouraged. The argument goes something like this: Black culture is distinct and separate from white culture. If black children are brought up within white culture, they lose their heritage. Therefore, black children should preferably be brought up by black parents, no matter the other qualifications for good parenting.

To that end, many judges have ruled on an individual basis that certain white parents cannot adopt black children. In August 2006, The New York Times reported on Nick and Emily Mebruer, a white couple living in Lebanon, Mo., who wanted to adopt a black child. The white judge initially ruled that they were "uniquely unqualified" to parent a black child because of their "limited interaction with black people and culture." Another couple, Martina Brockway and Mike Timble, a white Chicago couple, wanted to adopt a black child. In preparation for that adoption, the Times happily reported, they had decorated their 3-year-old natural daughter's room with "Black-themed children's books like 'Please, Baby, Please' by the filmmaker Spike Lee and his wife, Tonya Lewis Lee."

The pushback against transracial adoption relies on false notions of racial identity. Clearly, white parents who adopt black children need to inform their children about the unique history blacks have in America as well as the challenges they will sometimes face from the now-rare individuals who mistreat based on race. But the idea that whites and blacks in America do not have shared morals, shared ideals and shared visions is not just mistaken -- it is pernicious.

Living with values is not race specific. The Touhys and Michael Oher are evidence of that fact. Randall Kennedy, a black professor at Harvard Law School, sums it up well: "The emergence of 'rainbow families' formed by adoptions is a fascinating, poignant, encouraging landmark in the maturation of American race relations." Scorn for such families in the name of cultural segregation is not just destructive to the children who could be adopted into such families, but it is also destructive of American values as a whole.

Collins Tuohy, the Tuohy's daughter who was the same age as Michael Oher when the Tuohy family took him in, recently did an interview with the UK Telegraph. She said her fear was that people would always see Michael as "'the black kid that lived with the white family.' And he is way so much more than that." He is more than that because America is more than that, no matter what Vanessa Williams thinks.