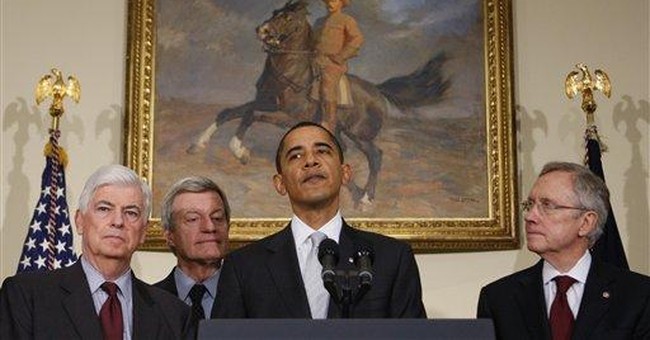 If you were president of the United States, would you hire an alleged former spy for Fidel Castro to be ambassador to El Salvador, a country teetering on the brink of hard-core socialism?

On Dec. 9, Obama nominated Mari Del Carmen Aponte to be ambassador to El Salvador, despite the fact that in the late 1990s, the FBI discovered that she was working with Cuban intelligence officers. According to Insight Magazine, "When the FBI eventually questioned her about her involvement with Cuban intelligence, she reportedly refused to cooperate."

Why would Aponte escape the Obama administration's scrutiny? Because she is a former board member of the National Council of La Raza (NCLR), the largest Hispanic advocacy organization in the United States, with 300 affiliated community-based organizations, many of which run like local ACORN offices. In fact, the day before Obama nominated Aponte, NCLR-affiliate Chicanos Por La Causa (CPLC) was raided by the Phoenix Sheriff's Office, which was investigating a kickback scheme between CPLC and indicted Maricopa County Supervisor Mary Rose Wilcox. CPLC allegedly gave Wilcox $297,000 in undisclosed loans in exchange for her votes to award over a million dollars in county contracts to CPLC.

The Obama administration has consistently bent over backward to seek the approval of the NCLR. La Raza, by the way, means "The Race"; the organization's founding document, el Plan Espiritual de Aztlan, rips the "brutal 'gringo' invasion of our territories" and urges Hispanics to "[reclaim] the land of their birth," while declaring that “the call of our blood is our power, our responsibility, and our inevitable destiny.” Then-Sen. Obama appeared at the 2007 NCLR national conference, where he pledged, "I will not walk away from the 12 million undocumented immigrants who live, work and contribute to our country every day."

The next year, Obama told the conference that Hispanic communities were being "terrorized by ICE immigration raids" and said that "nursing mothers are torn from their babies." Even worse, he pledged to crack down on the First Amendment for the benefit of NCLR: "They're counting on us to stop the hateful rhetoric filling our airwaves -- rhetoric that poisons our political discourse, degrades our democracy, and has no place in this great nation."

Obama's La Raza appointments started early and often. One of Obama's first appointments as president was Cecilia Munoz, a former senior vice president at NCLR. She describes anti-illegal immigration groups as "hate groups" that promote "bigotry." She has also suggested that crossing the border illegally is "a civil offense, not a criminal one." President Obama's first Supreme Court appointment was Sonia Sotomayor, a member of the NCLR.

Virtually the entire Obama administration visited the 2009 NCLR annual conference: Obama's brain, Valerie Jarrett; Secretary of Labor Hilda Solis (winner of the 2008 NCLR Capital Award); Secretary of Housing and Urban Development Shaun Donovan; Secretary of Education Arne Duncan. At that conference, the Obama honchos were joined by Bank of America President Ken Lewis -- Bank of America has been a longtime supporter of NCLR, setting up a credit line to aid illegal immigrants. Other banking giants are in bed with NCLR, too. Wachovia, for example, routinely gave mortgages to illegal immigrants, which helped cement Wachovia's financial collapse, leading to its acquisition by Wells Fargo.

When the economy collapsed, NCLR President Janet Murguia cynically turned on the bankers she had cultivated, disowning the very loans she'd pushed. "Latino … families are being pushed into high-cost and risky home loans," she said. "The result is that more of our families are falling victims to loans that were not a good fit in the first place." That, of course, prompted the Obama administration to funnel money quickly and furiously into NCLR coffers. The stimulus package put $156,620 directly into NCLR's pocket. Last week, the Committees on Appropriations moved toward directing $1.5 billion in 2010 Labor-Health and Human Services-Education appropriations toward education programs benefiting the NCLR, among other organizations.

The Obama administration's consistent attempt to buy off a radical and in some cases quasi-criminal group demonstrates his continued adherence to the first rule of Chicago politics: Keep your friends close using taxpayer cash. He intends to do just that.