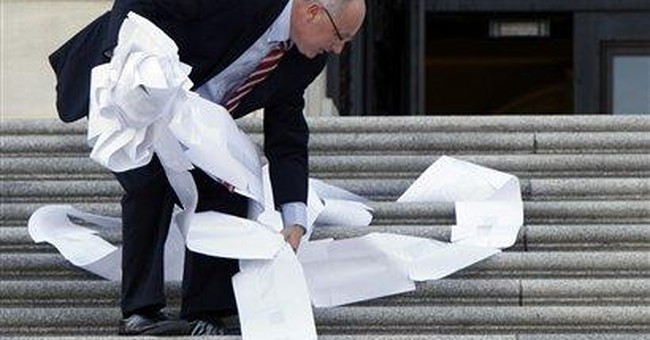 My aunt was 42 when she died. She was a vivacious spirit, a brilliant scholar and a mother of five. She also never had a mammogram. She was diagnosed with cancer at age 41, on March 10, 1995. A little over a year later, she was gone.

The accepted standard for mammograms was, until recently, that women should start receiving them every year beginning at age 40. If my aunt had followed that standard, she might still be alive. My father -- her brother -- has recurring nightmares in which he is urging my aunt to get a mammogram.

Now, however, the U.S. Preventive Services Task Force is suggesting that mammograms be routinely given beginning at age 50, only once every two years. The Task Force is a government agency. And according to the Task Force's website, its job is to conduct "rigorous, impartial assessments of the scientific evidence for the effectiveness of a broad range of clinical preventive services, including screening, counseling and preventive medications. Its recommendations are considered the 'gold standard' for clinical preventive services."

Mammograms between age 40 and 49 prevent one death in about 1,900 screenings. And there are 20 million women in this country between the ages of 40 and 49. The human cost of such a change in the mammogram standards? Several thousand women.

The Task Force's assessment was obviously based on a cost-benefit analysis. As Dr. Robert D. Truog, a supporter of the new guidelines, put it in the New England Journal of Medicine, "Clearly, screening mammography does offer an identifiable survival benefit to women in this age group … The problem is that the benefit is tiny and expensive."

But for the individual women, of course, the benefit is as large as it can be, and expense is no object. This is why a private health care system is necessary. My aunt should have gotten a mammogram; she didn't, and she died because of it. But if the government had been given control of the health care system, she wouldn't have had the choice in the first place: She would have been denied a mammogram based on her age. As Truog acknowledges, "the new recommendation is a concrete example of a proposal that could, if it became policy, lead to the deaths of some women who would otherwise have survived." In other words, rationing of screening leads to more deaths.

The Task Force's new mammogram standards were an attempt to circumvent that obvious problem by pretending that women under age 50 don't need mammograms in the first place. That obviation strategy was also attempted by another ally of the Obama administration, the American College of Obstetricians and Gynecologists (ACOG), which recently recommended that screening for cervical cancer begin at age 21 rather than within three years of first sexual intercourse. This despite the fact that cervical cancer comes from human papillomavirus (HPV), which is extraordinarily common among teenagers.

ACOG lists as its first legislative priority the "goal of achieving universal coverage to comprehensive, high-quality care for everyone in the United States." The problem is that, as ACOG's cervical cancer screening standards show, universal health care and quality comprehensive coverage cannot coexist.

President Obama has said repeatedly that the nationalization of health care will not compromise quality because drawbacks in treatment will be offset by increases in preventive care. In fact, in his pitch to the joint session of Congress back in September, Obama stated that "there's no reason we shouldn't be catching diseases like breast cancer and colon cancer before they get worse. That makes sense, it saves money, and it saves lives." The economic claim was a dubious one -- the Congressional Budget Office explained that increases in preventive care actually increased costs over time.

But Obama was right about one thing: screening does save lives. Unfortunately, his government plan will compromise screening just as readily as it would treatment. And his allies inside and outside government are already softening the ground for the assault on preventive medicine.

When my aunt died, her youngest child, Anna, was 3 years old. Anna grew up without her mother. How many other children will grow up without their mothers because the government refuses the care that my aunt went without?