Liberals: A Black President Is No Proof Against Racism in America 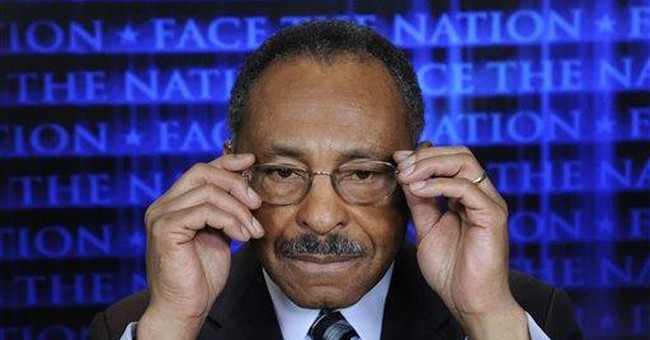 But I expected something else: the end of ridiculous charges of widespread American racism.

Obama was never foolish enough to admit that America is not a racist country. After all, that would have undermined his own claim to the presidency, which was based on the notion that Americans could disprove their racism by electing him.

Instead, Obama’s campaign -- and his supporters in the media -- promised us that his election to the White House would start a new era in America’s racial history. Obama’s imagery and his rhetoric suggested that his elevation to the presidency would cap the promise of Lincoln and the dream of Martin Luther King. “… we have a choice in this country,” Obama told us during the campaign. “We can accept a politics that breeds division, and conflict, and cynicism. We can tackle race only as spectacle … Or, at this moment, in this election, we can come together and say, ‘Not this time.’”

We had our “transcendent post-racial moment.” We “proved” that we weren’t racists.

And now the race machine is cranking back up.

Apparently, electing a black man president isn’t enough to stop the race hustlers. Over the last month, those who benefit by citing Americans’ racism haven’t quit. They’ve stepped up their game. Democrat Roland Burris, Ill. Gov. Rod Blagojevich’s appointee to fill Obama’s vacated U.S. Senate seat, has charged the Democratic Senate with racism for refusing to seat him. The NAACP, meanwhile, is busy charging the Mobile (Ala.) State Trail Maids with racism for wearing old-style ball gowns at Obama’s inauguration; the dresses apparently remind the NAACP of the pre-Civil War era. In the sports world, the press is busy harping on the lack of black head coaches in major college football programs.

The press continues to have a field day with racism. “ABC News” ran a video segment entitled Confronting Racism in America, designed to highlight Americans’ underlying bigotry. “ABC News” didn’t try to find racist Americans. Instead, it hired actors to play racist Americans, then videotaped stunned onlookers. “In the face of blatant discrimination, many people seemed immobilized, some too stunned to react,” “ABC News” reported.

Racism still exists in America. But it’s restricted to a tiny group of idiots; it’s no longer a pervasive force in American life. Barack Obama’s election was supposed to prove that. Instead, Obama’s election proves only that liberals cynically use race to win elections.