Are Democrats Really On Board With The Obama Agenda? 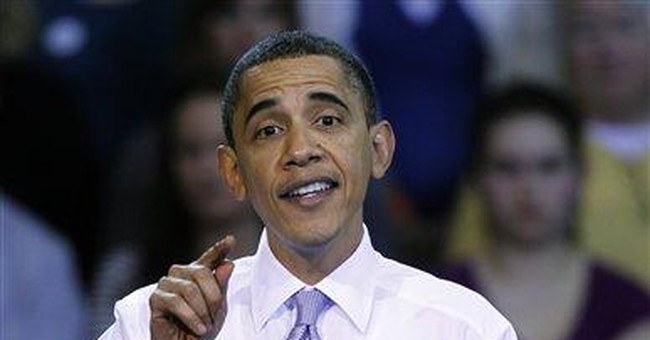 What happens when left-wing ideologues co-opt the nation’s legislative agenda, and use surreptitious means of forcing that agenda through Congress?

Ask Bart Stupak. He’s the self-described “pro-life Democrat” Congressman from Michigan who appears to have “sold” his vote on Obamacare in exchange for less than a million dollars in airport building funds.

The agenda from the White House and the congressional leadership is horrible, yet Stupak’s response to it has been equally as bad. And now, the name Bart Stupak has become synonymous with the words “Judas” and “betrayal,” in the minds of millions (his distinguished “Defender Of Life” award that he eagerly accepted previously from a prominent pro-life organization was stripped from him this past week), as he faces both a primary election challenge from another Democrat, and multiple Republican challengers in the general election cycle.

You can also pose the “what happens when?” question to Walt Minnick, the lone Democrat in the U.S. House of Representatives from Idaho (the state that was first to sue the U.S. federal government over Obamacare). Congressman Minnick voted “no” on Obamacare twice. He voted “no” on President Obama’s bank-busting “economic stimulus bill.” And by every indication, Minnick hasn’t “sold a vote” or allowed himself to be swayed or manipulated by Barack Obama at all.

Still, Congressman Minnick faces the wrath of constituents in his home state. And this, at least in part, is what happens when left-wing ideologues co-opt the nation’s legislative agenda.

Congressman Minnick joined me on my talk show at Boise, Idaho’s 580 KIDO radio last week, and his remarks were substantive, and sobering. In fact, the remarks made by this “Democrat” in the U.S. House of Representatives make even more sense, if you know some things about the man.

Walt Minnick is a much-loved figure in Idaho. Originally from Walla Walla, Washington, he has owned and operated successful forestry and commercial nursery businesses in Idaho, and has earned a reputation as a “straight shooter” in both business and political matters. A veteran of the Viet Nam war, a graduate of both the Harvard Law School and Business School, and a former staff assistant to President Richard Nixon, Minnick resigned his position at the White House in protest of some of President Nixon’s more corrupt behavior.

A former Republican and “political independent,” Congressman Minnick was, according to reports, encouraged over the years to become a Democrat and to run for office by former U.S. Senator Bob Kerrey of Nebraska, as well as former Democratic Idaho Governor Cecil Andrus. Today, Congressman Minnick is a self-described “Blue Dog” Democrat, and his voting record in Congress certainly earns him the title of “moderate Democrat” by today’s standards.

And herein lies the problem: there is NO ROOM – none whatsoever – for moderation in today’s Democratic Party. Senator and decorated military veteran Bob Kerrey has long sense come and gone, and so have other “moderate Democrats” like him. Today, the Democratic party is characterized by a President who bows to foreign dictators, picks fights with our nations long-standing allies (this is precisely what has happened with Israel), and seeks to control as much as possible of the private lives of American people. The party is also characterized by a Speaker of the House, and a Senate Majority Leader, who passionately help force this President’s agenda by whatever constitutionally questionable means necessary, and (in the case of Senator Harry Reid), willingly do so at their own political peril.

In short, the Democratic Party is presently all about Barack Obama, and what Barack Obama “needs” to do to America. It has essentially nothing to do with what is good for individual Americans.

For this reason, I asked Congressman Minnick what he thought of the process that led to Obamacare. It was a process, I noted to him, that involved legislation being crafted in the dark of night, negotiations behind closed doors away from the C-Span cameras, “special deals” and exemptions for large corporations and labor union members, and agendas being voted out of committee on Christmas Eve.

“We all would have been better off, in fact I think we would have had a real reform bill, had it been open and bi-partisan” Minnick told me during his appearance on my talk show. “It could have been a mainstream, sensible bill with good input from both parties.”

But what Barack Obama is doing to America is inherently NOT “mainstream,” and is most certainly not “sensible,” not for the majority of us who still believe that our country is good and worthy of preserving. For those who believe that America is inherently evil and needs to be weakened, Obama is your guy. But if you believe otherwise, then the Obama agenda is antithetical to your beliefs. There really isn’t any middle ground on this matter.

Members of Congress from both parties are awakening to these harsh realities, and the Democratic Party has enabled Barack Obama to supercede both the will of the American people, and the U.S. Constitution itself.

The entire American electorate must now come to terms with these realities as well.