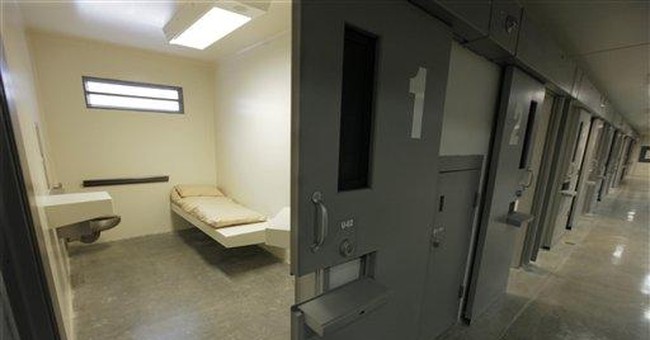 Who cares about the U.S. Constitution, when Barack Obama’s vision for America is weighing in the balance?

Don’t count on the U.S. Congress to care.

In the aftermath of the Senate’s passage of an Obamacare bill, Attorney’s General from multiple states have begun to announce that they are launching investigations into the legality, and constitutionality of the Senate legislation. Chief among their concerns is the possibility that that the bill places Americans outside the state of Nebraska at a significant disadvantage, financially and otherwise, to residents of the state of Nebraska.

South Carolina Attorney General Henry McMaster, along with the Attorneys General in the states of Washington, Michigan, Texas, Colorado, Alabama and North Dakota – have joined forces to consider, among other things, if the Obamacare bill in the U.S. Senate violates the 10th Amendment of the U.S. Constitution. The 10th Amendment stipulates that powers not granted to the national government nor prohibited to the states by the constitution of the United States , are reserved to the states or the people.

Additionally, state Attorneys General should also be concerned about Obamacare for another reason: it could be in violation of the “equal protection” clause of the Fourteenth Amendment.

Concerns over the Fourteenth Amendment appear to be present (this is based on what we know of the legislation, which, because of Pelosi and Reid’s secretiveness, is not a lot) in the portion of the Obamacare bill that grants special (and expensive) privileges to residents of the state of Nebraska. In the Senate’s Obamacare bill, the state of Nebraska is afforded special financial advantages from the federal government - to the tune of hundreds of millions of dollars every year – for the funding of Medicaid. The reason this provision appears in a Senate healthcare bill, as many readers of this column are aware, is because the bill could not be passed without the vote of Democratic Senator Ben Nelson of Nebraska .

Obamacare is strongly opposed by roughly two-thirds of American voters. And according to a survey published less than two weeks ago by the Tarrance Group polling firm, sixty-seven percent of Nebraskans oppose Obamacare, while ninety percent of Nebraskans are happy with the heatlhcare they currently receive and don’t want it to change.

Additionally, the Senate Obamacare bill is vague, at best, as to when and where it funds abortion procedures – and Nebraskans overwhelmingly find the aborting of unborn children to be abhorrent. And for all these reasons, Senator Ben Nelson had every reason to vote against the Obamacare bill.

So, given Senator Nelson’s incentives to oppose the Obamacare bill, Senate Majority Leader Harry Reid crafted a special deal to incentivize Nelson to vote in favor of the bill. The “incentives” included special economic incentives for the state of Nebraska , incentivizes that people in the other 49 states don’t receive.

Using the law to single-out certain individuals, or certain groups of individuals, and impart to them either special privileges or penalties that don’t apply to other Americans, is, well – Un-American. And it may very well prove to be un-constitutional in court.

Residents in the other forty-nine states pay taxes according to the same federal taxation structure as do Americans in Nebraska. Furthermore, in as much as we are U.S. citizens, we are all deserving of the same “protections” under the law to which Nebraskans are subject.

But the Senate Obamacare bill sets aside Nebraskans, and makes a special privileged class of them. If this bill becomes law, Nebraskans will be entitled to subsidies from the federal government that those of us who belong in the category called “non-Nebraskans” are not.

This disregard for the U.S. Constitution and matters of “equal protection” do not begin and end with Senator Ben Nelson. Earlier this winter, Senator Mary Landrieu (D-Louisiana) was asked a simple question by reporter Nicholas Ballasy of CNSNews.Com: “What part of the Constitution do you think gives Congress the authority to mandate that individuals have to purchase health insurance?”

In response, Senator Landrieu (who, much like Senator Nelson of Nebraska did, essentially “sold” her vote in the Senate despite opposition to Obamacare in her home state of Louisiana) replied “we’re very lucky as members of the Senate to have constitutional lawyers on our staff, so I’ll let them answer that.”

Yes, of course – “the lawyers clean up all details” as American poet (and “classic rock” star) Don Henley once lamented about his country. The fact is, however, that Senator Landrieu couldn’t answer the question if she tried.

But just like the legal profession itself, our current President and Congress have little regard for the U.S. Constitution, and for the rights of the human individual. Just as it is with the practice of law, the process of “law making” revolves around “leverage” – what can one individual or group force another individual or group to do? What does it take to accomplish what we, the politicians, want to accomplish?

Will any more among the 535 elite Americans in Congress dare to raise any constitutional concerns about this? And how about the Attorneys General of the other 43 states? Does the Constitution matter any more?