In The Era Of Obama, Americans Have Become "the Evil Doers" 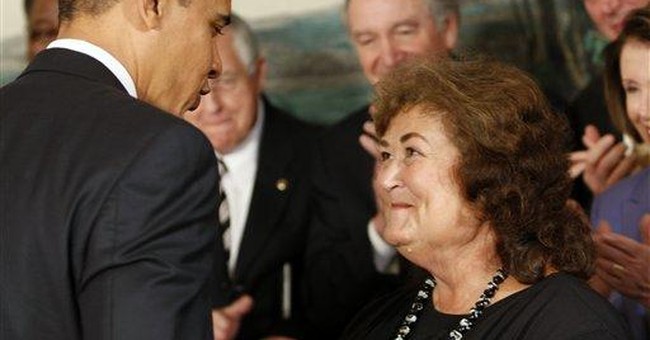 “…People have declared war on America and they have made a terrible mistake… My administration has a job to do and we're going to do it. We will rid the world of the evil-doers."

While meeting with reporters at the White House on the first Sunday following the terrorist attacks, Bush further stated that "I've never had more faith in America than I have right now… People will be amazed at how quickly we rebuild New York…The markets open tomorrow. People go back to work. And we'll show the world…"

Those were some bold and optimistic statements from a President under duress. They conveyed an unending confidence in our country, and its people. Granted, it is over-reaching to think that the world will ever be completely rid of “evil-doers.” And unfortunately, the markets dropped the next day, on Monday September 17. But in those remarks, the former President was juxtaposing “us,” with those who had attacked us (the “evil doers”), and he was reassuring us that we had the capacity to survive and recover.

He was also sending a message to the rest of the world: “Don’t Mess With America.”

I’ve had my share of criticisms of President Bush. And although I believe that history will judge him favorably (in much the same way as President Truman has been judged), I’m not attempting here to launch a Bush nostalgia movement.

I am, however, nostalgic for the days when the American President seemed to be fond of his country, and its people. This is largely because I have increasing doubts that our current President is fond of either one.

In the years following “9-11,” President Bush would continue to frequently juxtapose “us” with the “evil doers.” He also frequently spoke about our nation’s mission with respect to terrorists, in as much as it was his goal to “hunt them down and bring them to justice.” Bush didn’t explicitly state that our nation was “good” when speaking of the threats of terrorists, and he didn’t need to. It was implicit, and it was understood that ours was a nation of good people, and worthy of defense.

But can anyone – even Barack Obama’s most ardent supporters – honestly say that our current President believes that Americans are, in a general sense, “good people,” and worthy of defense? Both his words and actions would suggest that America might someday become good, but only if he can first bring us to justice.

Seven days after his inauguration – and before he would again speak to his fellow Americans – our new President delivered a regionally televised speech to the Muslim world, wherein he reassured Muslims that “Americans are not your enemy,” and acknowledged our many “mistakes.” And since that address on January 27th, President Obama has continued with a pattern of characterizing for the world an America that is a very guilty nation – guilty of oppression, arrogance, greed, unilateralism, materialism, and, perhaps above all, guilty of insufficient respect for Muslims.

President Obama has conveyed this sense of American culpability and insufficiency on the domestic front, as well. Private Americans are incapable of running corporations in a “just” fashion, so President Obama – operating through his “Corporate Compensation Czar” Kenneth Feinberg, of course – must determine who should receive pay cuts, and pay raises. And Americans have most certainly “abused their rights to free speech,” and thus, President Obama – operating through his “Regulatory Czar” Cass Sunstein – must seek ways to control the internet.

And who are the worst among the “evil doers?” At varying points this year, President Obama has singled out a variety of individuals and groups from among the broader American populous, and in his own peculiar way has attempted to, shall we say, “bring them to justice.”

Indeed it would appear that for our current President, America’s real enemies are within. His task is to apologize for our behavior abroad, while administering our just penalties at home.