Will A Weaker America Be A More "Just" America? 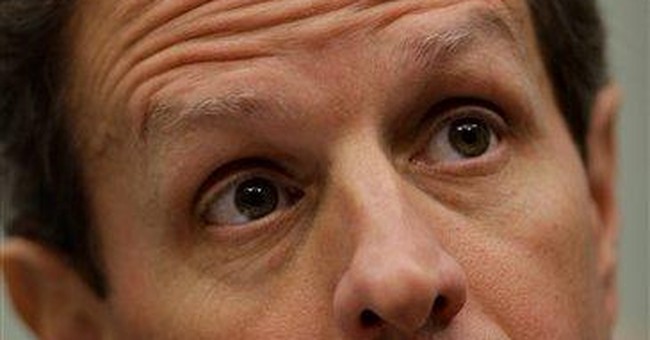 President Barack Obama has no intention of helping to grow the United States economy. On the contrary, he is doing everything a President can do to weaken it.

But after roughly ten weeks, Obama has consistently proposed ideas and plans (and in one case signing legislation) that will weaken the U.S. economy, not strengthen it. To attempt to view this man through the lenses of American prosperity, and to evaluate him with the same assumptions with which the behavior of other modern-day Presidents has been evaluated - - that growing the U.S. economy is a good and noble and necessary thing - - simply makes no sense.

Yet to assess this very different President with a very different set of assumptions in mind - - that American prosperity itself is a problem to be remedied, or that the U.S. has become an economic superpower at the expense of other nations - - only then does his economic behavior appear rational. And it is now clear that President Obama’s objective is to weaken the U.S.

I didn’t arrive at this conclusion quickly. After he won the election, there was a glimmer of hope that his policies could end-up being more rational than his promises, with the appointment of Clinton-era advisor Lawrence Summers and Reagan-era advisor Paul Volcker.

But soon, very harsh Obama realities set-in. Paul Volcker has not once spoken publicly since going to work for Obama, and beltway insiders (and just about everyone who works in the world of financial media) report that Volcker has a nice office at the White House, and has virtually no contact with the President. And while Lawrence Summers has been slightly more visible publicly, Obama’s economic proposals don’t emulate anything of the sort for which Summers is known.

During his campaign, President Obama liked to reiterate that he was being advised on economics by investment guru Warren Buffett. Buffett now deems Obama’s so-called “economic stimulus bill” as largely a waste of taxpayer dollars, and has expressed alarm over the national debt that Obama’s further plans will create. With the majority of the "stimulus bill" devoted to social welfare projects- - "free" condoms, childcare , “cricket control,” tatoo removal, and so forth - - and most funding for infrastructure projects delayed until 2011 and beyond (closer to Obama's re-election race), it's difficult to argue with Buffett's assessment.

Obama repeatedly reminds Americans of the tragedy that he faces, having “inherited” a $1.3 trillion deficit from the former President, yet he spent more than half that amount with the so-called “stimulus” bill during his first six weeks as President, and has now proposed a federal budget that spends $3.6 trillion more. He campaigned on a promise to take money away from “rich” Americans and re-distribute it to people who he deemed were deserving of it, yet there is no more wealth in government coffers for President Obama to re-distribute. He is now proposing to spend the wealth of future generations of Americans - - wealth that has yet to be created - - while confidently asserting along the way that he is reducing the federal deficit, not expanding it.

President Obama also campaigned on a promise to repair relationships between the U.S. and the rest of the world, relationships that he claimed President Bush had so horribly damaged. Yet on his economic proposals, alone, foreign governments are reacting with shock and horror to our new President.

China, the largest holder of U.S. federal debt, has expressed concern over America’s growing inability to pay its bills, and has suggested that it may be time to switch to a new global currency, and to abandon the American dollar. And Czech Prime Minister Mirek Topolanek, addressing the European Union last week, described Obama’s approach to the current economic crisis as “a way to hell” and predicted bad things for America’s economic future (could it be that this man who once lived under Communist rule knows something about the problems of ‘big government?”).

If we are to take seriously the many promises that Obama made as a candidate, it is not far-fetched to think that his efforts to weaken the U.S. economy are quite intentional.

For two years, Senator Obama campaigned across the country preaching the economics of“ getting even” - - a "strategy" to make conditions more "fair" for the less fortunate by punishing successful individuals and organizations. By every indication, he is now applying that same ‘strategy” to the United States, as it relates to the rest of the world, making the world a more “fair” and “just” playing field by weakening the strongest player on the field.

After a few short weeks, it is now apparent what President Obama is doing. Will the Democratic Congress allow the President to fulfill his dreams?