Austin Bay
|
Posted: Jan 19, 2022 12:01 AM
Share   Tweet
The opinions expressed by columnists are their own and do not necessarily represent the views of Townhall.com. 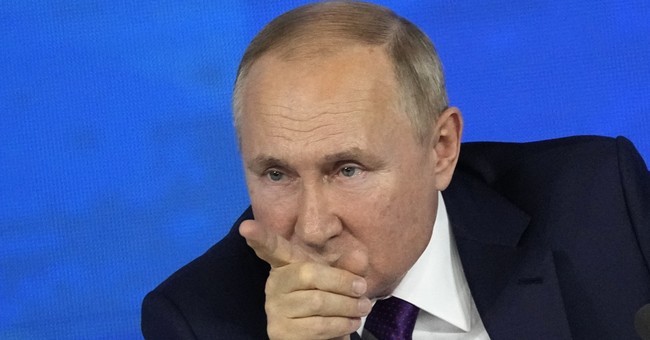 Fail to study the past (history), from energizing grand aspirations to how-it's-done tactics, and you will fail the present.

Failure to study the basics definitely occurred when the Biden administration clan committed its disastrous 2021 Afghanistan withdrawal. The relevant history Biden administration bigwigs failed to study was how to safely and professionally conduct a Noncombatant Evacuation Operation from a combat zone.

The Biden bunch has no excuse. All the essential operational details (based on hard lessons learned) are laid out in a Joint Chiefs of Staff pamphlet titled Joint Publication 3-68.

Anyone literate may read the "Joint Pub" on the internet, all seven chapters. The pamphlet provides sound planning guidance based on operational history, as lived and executed by outfits like the U.S. Air Force, Army, Marines and Navy.

These poseurs really do care more about the opinions of their self-crowned "elite" social and political fellow travelers than what actually happens in a world of blood, sweat, tears and -- once again -- freedom under calculated tyrannical assault by bad actors like Xi Jinping's national-communist China and Vladimir Putin's national-socialist Russia.

Relevant History Lesson: I pinch a quote from a column I wrote in 2004: "Super-power status takes money, and a large number of people (how large is arguable, but 200 million is a plausible figure). The common economic interests linking Russia, Ukraine, Belarus and Kazakhstan were a potential post-Cold War positive. Russia needed Ukraine's immense agricultural productivity."

RUBK explained: "Rubik" as in the puzzle Rubik's Cube. RUBK is Russia, Ukraine, Belarus, Kazakhstan. The demographics, natural resources and economic capacities these four nations possess is a geostrategic formula for a global power.

The 2004 column relied on a 1991 analysis James F. Dunnigan and I conducted as we prepared the second edition of "A Quick and Dirty Guide To War." Dunnigan and I concluded (and note we were writing before the USSR officially collapsed in December 1991) that at some point Russians (individual names then unknown) would try to keep or revive their empire, with Russia, Ukraine, Belarus and Kazakhstan the super-empowering core.

We now have a name: Vladimir Putin. The KGB colonel has announced his energizing grand aspiration (fancy term for Blinken and Sullivan types: his strategic goal).

A dispute rages over the precise translation of Putin's April 25, 2005, lamentation. Did he say the Soviet Union's demise was "a major geopolitical disaster of the (20th) century" or that it was the "greatest geopolitical catastrophe of the century"? The BBC and NBC News chose the "catastrophe" translation. Both translations confirm the USSR's collapse appalled Putin.

The R Reality: For the last six months we've heard about the Russian Army's buildup on Ukraine's border. That's a serious threat.

The U Reality: Since February 2014 Russia has waged a slow war inside Ukraine. In March 2014, Putin annexed the Crimean Peninsula. Kremlin-backed separatists occupy most of Ukraine's Donbas region.

And for K, Kazakhstan: scant coverage of Russian troops entering Kazakhstan to help its pro-Kremlin authoritarian leadership crush protests against their regime. Moscow covered the intervention by invoking the Collective Security Treaty Organization -- which is a Kremlin scam.

RUBK. Big letters, big problem. Yet the Biden administration supported the Nord Stream 2 natural gas pipeline. Oil and gas revenues give the Kremlin the cash to wage war and rebuild the Russian empire.