Austin Bay
|
Posted: Oct 24, 2018 12:01 AM
Share   Tweet
The opinions expressed by columnists are their own and do not necessarily represent the views of Townhall.com. 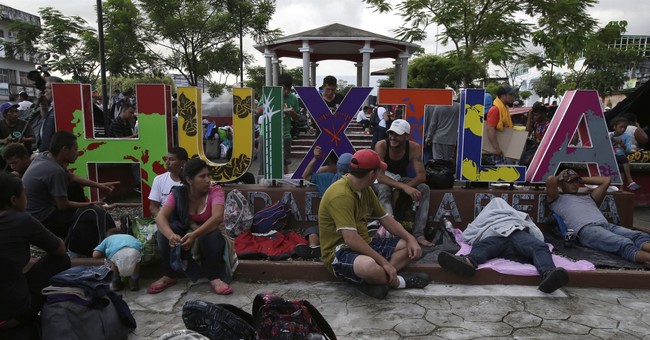 The 1994 Rwandan genocide of ethnic Tutsis and Hutu moderates forced hundreds of thousands of refugees to flee to neighboring sub-Saharan African countries.

Key point: The burden of providing immediate care for physically threatened refugees always falls on the "host country," even unwilling hosts. A second key point: A flood of refugees is not a military invasion, but economically and socially it can have similar effects on the host nation. We've seen this occur even in wealthy nations like Sweden and Germany. Which leads to another point: Every nation in central Africa is politically and economically fragile.

Unfortunately, in the Democratic Republic of Congo's case, the Rwandan civil war followed Rwandan refugees across the border as defeated Hutu genocidaires fled the wrath of the Tutsi-led Rwandan Patriotic Front. Tutsi refugees trickled back to Rwanda. Hutu extremists fled to Congo.

Let's make this clear: Suffering refugees did not ignite the Great Congo War which first erupted in 1996, subsided, then continued through 2003.

However, the economic and social disruption in Congo's eastern provinces wrought by the combined effects of spillover war and the refugee-humanitarian crisis exacerbated existing conditions that fueled the great slaughter. An estimated three million people died in Congo's eight years of anarchic war. Some commentators think five million deaths is a more accurate figure.

Five million dead. With that horror in mind, for the moment suspend opinions regarding the so-called caravan of migrants moving north from Central America through Mexico with the stated intent to cross the U.S. southern border. Temporarily suspend opinion for two reasons. One: The migrant march event is ongoing and no one can predict its outcome. My second reason: The march north is also attracting enormous major media coverage in North America and Europe.

To the despair of the hosts, the camps often become permanent. The Dadaab Refugee Camp, established in 1991 in northeast Kenya, may be the planet's largest refugee camp. Over 330,000 Somalis live -- or exist -- there. Kenyan locals claim the camp has become a base for criminal gangs and Islamist terrorists. The locals object to the presence, cost and risk. If their objection is news in America, it isn't in Kenya.

Uganda's Bidi Bidi refugee camp briefly gained international notoriety as an instant city for South Sudanese fleeing their country's brutal civil war. Located 40 kilometers south of the South Sudan border, the camp opened in August 2016. It was built to house 40,000 people. However, by early 2017, some 260,000 South Sudanese crammed the camp. Uganda lacks the cash to support it. Bidi Bidi relies on international donors.

Not one of these horrors is attributable to U.S. government policy. In fact, America is major aid donor, providing money, food, medical support and transportation. U.S. Air Force airlift saves lives. In Beltway clerk language, this is applied soft power. In plain language, it's generosity.

As for the migrant march approaching the U.S. border, it does not rate as a humanitarian crisis in any way comparable to the tragedies mentioned in this column. No threat of harm by firearm propels it. Propaganda cameras are a more plausible fuel.