The Aftermath of Al-Nimr's Execution

Austin Bay
|
Posted: Jan 07, 2016 12:01 AM
Share   Tweet
The opinions expressed by columnists are their own and do not necessarily represent the views of Townhall.com. 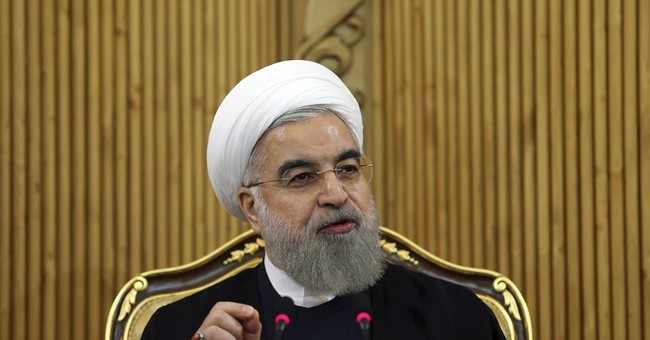 Saudi Arabia's Jan. 2 execution of Shiite cleric Sheikh Nimr al-Nimr ignited a diplomatic battle with Iran. The Saudis hoped it would. Iran's attack on the Saudi embassy in Tehran generated global headlines and reminded Americans of revolutionary Iran's 1979 seizure of the U.S. embassy. Now the Saudis have a chance to spotlight Iran's increasingly imminent threat to the Persian Gulf's Arab states.

Saudi Arabia and Iran are already at war in Yemen. The Saudis lead a coalition force; Iran backs a Yemeni Shiite proxy. The latest Yemeni ceasefire shattered in mid-December.

Yemen, however, is a sideshow. The Persian Gulf is the central front that concerns the Saudis. It should concern Washington.

Sheikh Al-Nimr may ultimately be a footnote in the Great Persian Gulf War, but he will be an instructive footnote. He was one of 47 prisoners executed. Many of the others were Sunni Muslim terrorists, several with explicit al-Qaida connections. The Kingdom of Saudi Arabia used the mass executions to send this signal: It will not tolerate violent Sunni terrorists, nor will it tolerate insurrectionist Shiites. Both threaten stability and peace in the Middle East.

Iran and Saudi Arabia are on opposite sides of Islam's Shiite-Sunni divide. The Saudi regime funds puritanical Wahhabi Sunni clerics and schools throughout the world, many of them coopted by Sunni terrorists. They prop up threatened Sunni regimes.

In the 1500s, Persia's Safavid rulers adopted Shiism. It distinguished their empire from that of the Sunni Ottomans and the Turks' Arab fiefs. Iranian Shiitism blends Shiite resentment of Sunni elites with Persian monarchical traditions. Adopting Shiism made Persia a bit more attractive to Arab Shiites, who often chafed under Sunni Arab rule.

Iran's ayatollahs firmly believe advocating on behalf of subjugated Shiites is their duty. They also serve as convenient instruments for geo-political troublemaking.

In 2009, al-Nimr delivered a sermon urging his fellow Shiites in Al-Hasa to secede from the Saudi state. To say this disturbed the Sauds puts it mildly. Dhahran, Saudi Arabia's major seaport, and several of the planet's biggest oil fields are located in Al-Hasa. The province has been described as the world's gas station.

Al-Nimr stirred further trouble in 2011, the year of Arab Spring, as a Shiite rebellion against Sunni royalty sputtered in nearby Bahrain. Bahrain is quite near, just across the King Fahd Causeway from the Al-Hasa mainland. The Persian Gulf's Sunni emirates accused Iran of encouraging Bahraini violence. In 2012, al-Nimr was arrested for anti-Saudi political activities. A court sentenced him to death in Oct. 2014.

According to the Saudis, al-Nimr's call for secession was treason on behalf of Iran. Tehran's goals aren't spiritual. It wants to seize Al-Hasa and become the global arbiter of oil prices. In the 1980s, the Ayatollah Khomeini encouraged the overthrow of the House of Saud. Subsequently, Saudi Hezbollah appeared. This Shiite radical movement is small, but like the far larger Lebanese Hezbollah, it is an Iranian proxy. It may also operate in Bahrain.

But will it matter in Washington? Washington is still Saudi Arabia's most important ally. The ultimate Persian Gulf de-stabilizer is an Iranian nuclear weapon. The Saudis seem to think the great Iranian nuclear deal orchestrated by the Obama administration insures Tehran will get the bomb. Despite two missile tests that violate the agreement, the Obama administration has refused to employ "snap back" economic sanctions. That bodes ill. So the Saudis are watching and waiting. At some point Washington will have to choose between Riyadh and Tehran.
IRS Might Have Something to Say About How Kamala Harris and Stacey Abrams Are Campaigning for Terry McAuliffe
Rebecca Downs
Attack on Crisis Pregnancy Center Turns Personal in Virginia Statewide Race
Rebecca Downs
ESPN Reporter Leaving Company Over COVID-19 Vaccine Mandate
Landon Mion
Gaffe-Prone Joe Biden Has Done A Stunningly Low Amount of Interviews During His Time in Office
Rebecca Downs
Joe Manchin Makes Clear Another Stipulation for Key Biden Agenda Item