Meanwhile, Back in North Korea... 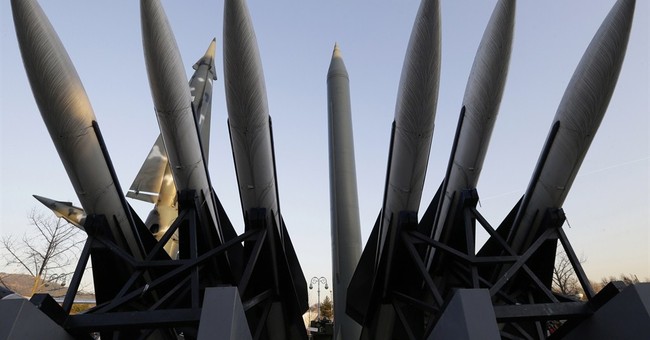 Trending
In an interview last year on a Texas radio station, I was asked when China would "finally do something" about North Korea's manic threats to launch a nuclear attack.

Perhaps an uneasy memory of spring 2013's revelation that North Korea had Austin, Texas, on its ICBM target list spurred the question.

Nuclear war in your hometown courtesy of North Korean Stalinists is a legitimate worry, one shared by residents of Seoul and Tokyo. Achieving a political solution that avoids violence is most desirable; a solution that promotes long-term stability and peace, even more so.

However, no one can answer "when" something will happen. The future is the Land of If, inviting speculation but defying prediction.

As I recall, my response emphasized the question's historical accuracy. From the U.S. perspective, for at least two decades, if not longer, China's tepid support for and occasional opposition to economic and political sanctions hindered efforts to end the Kim dictatorship's nuclear weapons program.

The question also recognized a U.S. policy assumption: Long ago, Washington concluded that China is the only nation that can bring effective pressure on North Korea's leaders and their core supporters. Bill Clinton's and George W. Bush's administrations believed Beijing's firm cooperation was instrumental to diplomatic success.

Washington also has worked from the assumption that a nuclear war in northeast Asia, no matter how brief, would kill hundreds of thousands, if not millions of people. The war's economic havoc would extend from cratered Seoul to Texas to Timbuktu to, well, Shanghai and Beijing. Washington assumes intelligent Chinese leaders understand that if war erupts their nation will pay a steep economic penalty. China cannot dismiss the prospect of immense loss of life and material.

The Chinese, however, reject Washington's analysis that pursuing stiff, relentless sanctions will be effective. In fact, they argue that crippling sanctions could be counterproductive. China's leaders insist that the U.S. overrates China's power to force North Korea to make concessions.

The U.S., South Korea and Japan all point to the map. An effective economic sanctions regimen requires the sustained cooperation of border nations. South Korea, Russia and China border North Korea. The U.S. insists Russian and Chinese cooperation are essential.

In diplomatic terms, when it comes to North Korea, the unstoppable U.S. force collides with the immoveable Chinese object. So credit the question for expressing a blunt and understandable layman's frustration with a very dangerous and seemingly diplomatically intractable problem.

The six-nation Korean peninsula working group, consisting of Russia, China, the U.S., South Korea, North Korea and Japan, exemplifies this inertia. Though this spring diplomats began discussing a new round of talks, the six-nation group has not held a formal meeting since 2008.

History, however, hasn't frozen. Other dangerous security issues have emerged, the most dangerous involving China. China contests Japanese control of islets in the East China Sea. China spars with Vietnam and the Philippines in the South China Sea. The U.S. vigorously opposes China's claim to control shipping lanes in the area.

Russia, under its neo-Stalinist leader Vladimir Putin, is backing its expansionary claims with military action. Russia faces its own set of economic sanctions. Its participation in the six-nation forum is a farce.

In this increasingly suspicious and heavily armed region, it may be too late to use diplomatic means to deny North Korea nuclear weapons. The Japanese and South Korean militaries are improving their offensive capabilities. When will they "finally do something"?