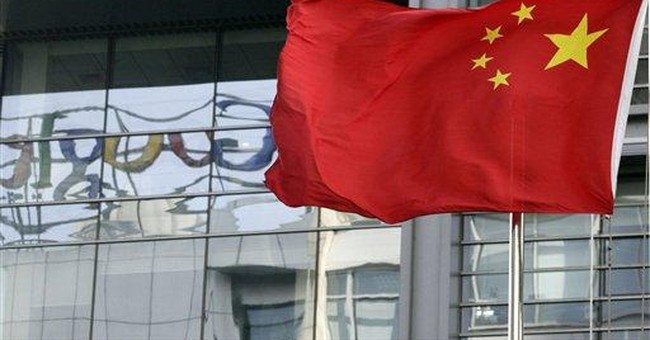 The U.S. fears for its grid; China's communist government worries about its grip.

That is the strategic insight gleaned from the fracas over Chinese engineering student Wang Jianwei's article titled "Cascade-Based Attack Vulnerability on the U.S. Power Grid."

Wang's study appeared last year in the Safety Science journal and has been online since spring 2009. Its abstract's first sentence reads: "The vulnerability of real-life networks subject to intentional attacks has been one of the outstanding challenges in the study of the network safety."

Wang, a student at China's elite Dalian University of Technology, addressed known power-grid weaknesses and ways to attack them. Wang claims he wants to reduce grid vulnerabilities and the published paper is an alert.

Several U.S. defense analysts who read the paper, among them Larry Wortzel, were not so sanguine. In testimony on March 10 to the House Foreign Affairs Committee, Wortzel mentioned Wang's paper in passing, but suggested it served as a template for an attack on the entire U.S. power grid.

U.S. media sensationalists presented Wortzel as a fretful alarmist. Context matters -- computers controlling power grid operations have been attacked by hackers. Wortzel is a retired U.S. Army colonel, an intelligence officer and a specialist in Chinese affairs, and served as U.S. military attache in China. Wang sees his job as demonstrating grid vulnerabilities; Wortzel is in the business of assessing political, economic and military threats, capabilities and intentions.

Conceding he could not prove his assessments "beyond a reasonable doubt in a court of law," he said he believed "such persistent, systematic and sophisticated attacks ... most likely are state-directed." He noted that Chinese dissident organizations like Falun Gong have been "singled out by the Chinese Communist Party leadership for suppression. It is the organs of control and repression in China that need the type of information that was extracted from Google and who most profit from such penetrations."

Which leads to China's cyber-struggles. Beijing complains that the U.S. has extraordinary cyber-warfare capabilities, and it does. China's worries, however, go well beyond protecting military secrets and electrical grids: FREE information, disseminated by unfettered digital media on the Internet, threatens political control by communist elites.

China may have weathered the global recession, but if it has, Beijing regards its success as tentative, for even slow economic growth threatens the communist elites' deal with the Chinese people: We will let you get wealthy, just don't question the political structure. Beijing knows this.

Fear of losing its grip on dissidents during a period of economic stress played a role in China's January cyber-attack on Google's email service for Chinese clients. Google began Chinese operations in 2006 and admits it censored Chinese Internet search results. What an ugly side-story: A liberal California company that makes billions of dollars in the digital free information regimen (that ultimately owes its existence to the U.S. Constitution's First Amendment) acceded to the censorship demands of authoritarians. At least Google now says no more.

This week, Google left China for Hong Kong. But isn't Hong Kong in China? At the moment, Beijing still respects its "One China, Two Systems." Hong Kong makes money -- its Basic Law, which protects free information, is one reason.

Two political systems, but for Beijing, one firewall. Bloomberg News reported that on March 23 Internet searches for "Tiananmen" (1989 Tianamen Square massacre) "on computers in Shanghai and Beijing could not be displayed, suggesting the (Beijing) government had started limiting access."