Fight for $15 Causing Businesses to Fight to Stay in Business 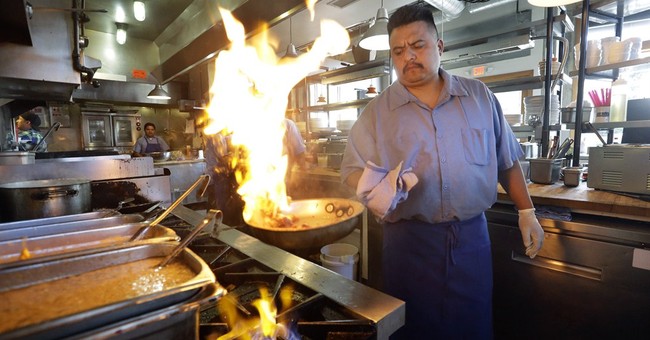 Seattle’s long-awaited minimum wage law just went into effect this week, but as workers are eager to see their paychecks increase employers are uncertain about the future of their businesses.

Seattle is ground zero for the union campaign against restaurants and restaurant workers. Over $2.6 million was poured into Seattle by the SEIU—specifically, Working Washington, which was a key player in promoting Seattle’s $15 minimum wage push.

Despite the rhetoric, Seattle business can’t absorb the hike, so they’re coming up with creative ways to try to stay in business by increasing their prices. At the end of the day, unfortunately, for many, this won’t work and businesses will close their doors and employees will be out of work.

As a result of the new minimum wage law, a handful of restaurants have decided to eliminate tipping in place of a surcharge—playing right into big labor’s strategy to eliminate the system of tipping altogether. Labor groups like the SEIU are campaigning to increase the tipped wage for servers and bartenders—far from an altruistic move. The SEIU realizes that by increasing the tipped wage, they eliminate the system of tipping itself, passing the cost onto customers who in turn would be less likely to leave a gratuity.

However, the union campaign against tips is simple to understand. Even if labor could organize restaurant workers it would face a challenge in collecting dues from workers who earn tips. A union boss would be hard-pressed to collect dues from a waitress taking home about $100 in tips—money she would use to pay essential bills or tuition or buy groceries.

Seattle is hardly a model for other cities when it comes to the “fight for fifteen” minimum wage push. But, Seattle is a model of what labor groups hope to accomplish in cities across the country. Raise the minimum wage to more than double the federal standard. The increased wage of course gets passed on to businesses who forced to increase the cost to consumers.

The SEIU has dumped more than $20 million and counting into its astroturf campaign against restaurants and franchisees—including its successful efforts to arbitrarily increase the minimum wage in Seattle.

It is ironic that the week Seattle’s new minimum wage law goes into effect, the financial disclosure forms for the SEIU were released—depicting a pretty fascinating picture. The SEIU likes to accuse major US corporations and businesses of greed but in the end they’re the ones clamoring for more dollars in their coffers.