Let’s be Honest: There Was Nothing Conservative About the Confederacy

Ashley Herzog
|
Posted: Jul 06, 2020 12:01 AM
Share   Tweet
The opinions expressed by columnists are their own and do not necessarily represent the views of Townhall.com. 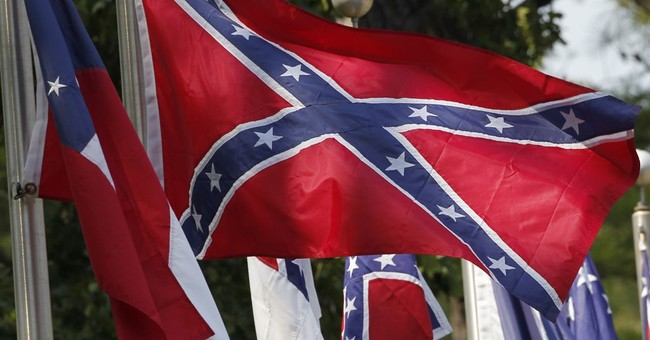 Let’s leave aside the fact that this long-dead nation was founded by Democrats—who, in their Secession Papers, hysterically indicted Republicans for posing a threat to their way of life. Conversely, what about the Confederacy are conservative Republicans supposed to respect, much less honor and promote?

This is not just about the flag. Many people have framed this as a debate over whether the Confederate battle flag is “racist,” or whether it is merely being suppressed to satisfy the guardians of political correctness. But this is the wrong issue to debate. The real problem is not the Confederate flag, but everything it represents: slavery, of course, but also a way of life and a political system that is antithetical to everything conservatives believe in. If you support capitalism, patriotism, and Constitutionalism, and oppose rule by an out-of-touch elite imposing their will on the majority, waving a Confederate flag isn’t a good look on you.

For instance, do you like capitalism? Supporting capitalism over all the other failed economic systems seems like the most basic tenet of conservatism, next to individual liberty. But there was nothing capitalist about forcing enslaved people to work your land for free. I just finished reading Thomas Sowell’s book “Black Rednecks and White Liberals,” in which he describes how slavery so perverted the culture of the South that many white Southerners became lazy and idle—a problem that would persist after the Civil War, when the entire region plunged into poverty. South Carolina’s slavery-supporting Senator, John Calhoun, predicted the South would be in deep trouble if slavery was abolished and white slaveowners were forced to lift a finger: “Not even the poorest man will, under any circumstances, perform menial labor. He has too much pride for that.”

Robert E. Lee himself was troubled by Southerners’ lack of work ethic, the product of decades of forcing others to do their work for them: “Our people are opposed to work,” Lee wrote. “Our troops, officers, community and press—all ridicule and resist it.”

That sounds like Occupy Wall Street or Antifa, not red-blooded, nose-to-the-grindstone Americans.

Modern Confederate apologists, including Ann Coulter, have promoted an image of Southern soldiers bravely charging into battle to defend their homeland—rather than to defend slavery. This is the romanticized image long promoted by plantation tours and “Gone With the Wind,” but it’s not reality. A dirty secret of the Confederate Army was that it had a huge desertion problem. In a military force of less than one million men, at least 100,000 Confederate soldiers are believed to have deserted. The poorer Appalachian states lost even more—in North Carolina, one out of every four Confederate soldiers deserted.

Contrary to Coulter’s picture of a Southern Army that had twice the passion and fighting spirit of the Union, but simply fewer men, the truth is that the Civil War was never popular with the 75 percent of white Southerners who did not own slaves. Among these poorer Southerners, slave owners were known as the “planter class.” Members of the planter class had the money to pay substitute soldiers to fight in their stead, causing deep resentment among their poorer white neighbors. The war was so unpopular in the mountainous regions of Appalachia that the deserters actually formed their own militias to fend off Confederate forces attempting to punish them. By comparison, of the 16 million Americans who fought in World War II, only 20,000 were charged with desertion.

Lastly, Coulter and others who romanticize the antebellum South portray Confederate soldiers as more gallant, more gracious, and more courageous than their Northern counterparts. That image is belied by the accounts from both sides on the conditions of the prisons. Last weekend, I visited Johnson’s Island, a tiny outpost in Lake Erie where the Union Army imprisoned over 2,000 Confederate soldiers over three years. Despite the harsh winters, the prisoners wrote in their letters home about how well they were treated. They had plentiful food, comfortable barracks, and even a store where they could purchase personal items. Of more than 2,000 Confederates who passed through Johnson’s Island, only 200 died. Compare that to the treatment of Northern prisoners at Andersonville, where over 13,000 soldiers died.

“The Yankee soldiers imprisoned there lived under open skies, protected only by makeshift shanties called shebangs, constructed from scraps of wood and blankets,” the History Channel describes it. “A creek flowed through the compound and provided water for the Union soldiers; however, this became a cesspool of disease and human waste.” The conditions at Andersonville were so deplorable that its commander, Captain Henry Wirz, was tried and executed for war crimes.

Who looks more like the beloved image of the morally upright, profoundly courageous American soldier?

The most common reason cited for why patriotic Americans should avoid glamorizing the Confederacy is also the most obvious and compelling one: The Confederate States of America were traitors to the United States. Yes, they were pardoned after the war in the interest of reuniting the Union, but the definition of treason has not changed. They got lucky: they were not tried for sedition, but they could have been.

There is much to be proud of in the South. Although I grew up in Ohio and live here now, I graduated from high school in Texas. I’m a frequent traveler to Southern states. From the bicultural history of Texas to the French quarter of New Orleans, to the pirate taverns of Savannah and the Gullah Geechee settlements of South Carolina, Southern history is full of rich history, music and literature, and true multiculturalism—the kind white liberals frequently struggle and fail to find in their urban enclaves.

But slavery and the short-lived Confederate States of America aren’t sources of pride, nor do they need to be honored. It’s time to throw the Confederate flag on the ash heap of history—not because the flag is “politically incorrect,” but the battle flag of a country that no longer exists, representing people who so disliked the United States that they seceded and attempted to start something better. It’s hard to wave a Confederate flag and call yourself an American patriot.