No, Easter Is Not Derived From an Ancient Pagan Holiday

Ashley Herzog
|
Posted: Apr 10, 2020 12:01 AM
Share   Tweet
The opinions expressed by columnists are their own and do not necessarily represent the views of Townhall.com. 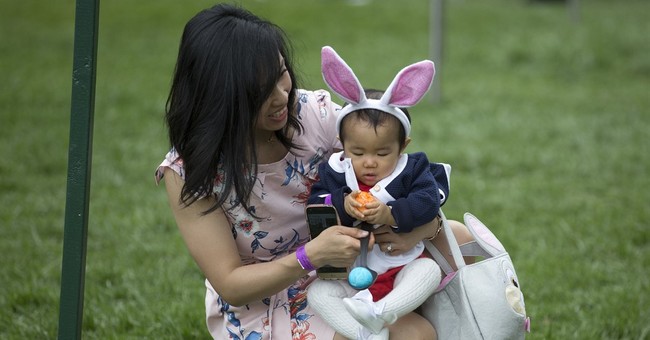 Maybe you’ve seen the eyebrow-raising claims on the Internet or elsewhere in the media: rather than celebrating Jesus’ resurrection from the dead and triumph over crucifixion, Easter is really derived from a pagan holiday. Proponents of this theory point to symbols of rebirth and fertility, like eggs and bunnies, that we see at Easter as proof. But the foundation of the claim that Easter is a pagan tradition is the similarity in names: Easter, they say, is the English translation of Eostre, a Germanic goddess of fertility. (Others claim Easter got its name from the Mesopotamian goddess Ishtar, or the Ethiopian god Ashtar. That they have trouble keeping their story straight should be your first clue the Easter skeptics don’t have much in the way of actual evidence)! Others take the theory even further, arguing that the story of Christ’s crucifixion and resurrection was lifted from ancient mythology—and therefore can’t possibly be true.

It’s intriguing stuff for people who wish to deny the divinity of Christ. But, much like the fertility myths surrounding Eostre, these claims are more fiction than fact. For starters, the word for Easter in many languages—including Spanish (Pascua), French (Pâques), and Romanian (Pa?ti)—is derived from the Hebrew word pesach, or “Passover.” Christians indeed borrowed many of their Easter traditions from another faith, but it was the monotheistic religion of Judaism, not paganism. Moreover, Ronald Nash, a philosophy professor at Reformed Theological Seminary, spent years thoroughly researching ancient mythology and found no evidence for resurrection stories similar to Christ’s. He did find a few examples of gods who died and then came back to life, but the circumstances bore no resemblance to Jesus’ execution and resurrection: “None of the so-called savior-gods died for someone else...Only Jesus died for sin. The other ‘dying gods’ tend to die because of accidents or quarrels. Jesus died once and for all, according to the teachings of the New Testament. Other stories involve the ‘god’ dying every year, corresponding to changing seasons."

As for Easter eggs and bunnies, there is little evidence that modern Christians lifted these symbols from pagans. In the early years of the Church, eating eggs was forbidden during Lent. Therefore, Christians celebrated the end of Lent and the arrival of Easter Sunday by cracking open beautifully painted eggs. And the Easter Bunny didn’t appear until sometime in the 1700s, when German immigrants in Pennsylvania introduced him into their Easter celebrations as a special surprise for children.

In sum, Christians borrowed their Pascal celebrations from the Jewish Passover. Easter traditions—whether it’s Orthodox Christians in Russia painting elaborate eggs or German Catholics delivering gifts to children from the “Easter bunny”—have varied according to regional and cultural traditions, and have changed greatly since the early days of the Church. But none of these traditions seem to have roots in paganism. Those who seek to undermine Christianity might tout this theory to make it seem as if believing in Christ’s resurrection has as much validity as worshipping animals or fertility goddesses. But the next time you hear these dubious claims about Easter and pagan mythology, remember it is just that: a myth.